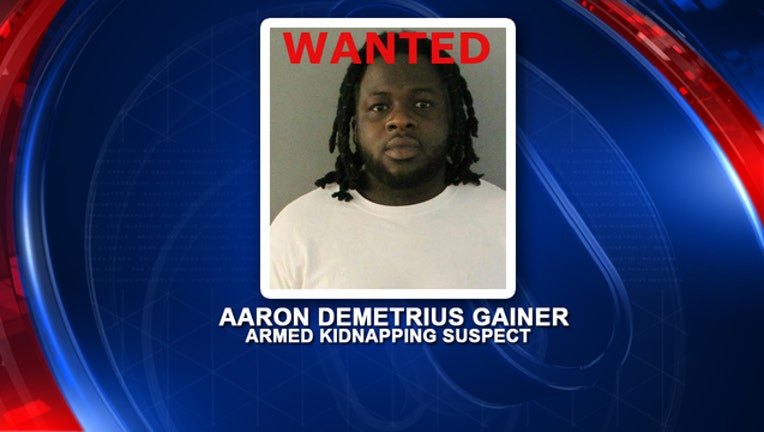 NORTH PORT (FOX 13) - North Port police are searching for an armed kidnapping suspect, but advise the public to use caution if they see him.

Aaron Demetris Gainer is wanted for armed kidnapping, aggravated assault with a deadly weapon and felon in possession of a firearm.

Police said to use “extreme caution” and call 911 if he is seen. His last known location was Arcadia but he could still be in the area. His victims, who are known to Gainer, are accounted for and are OK. No information was provided on the victims’ identity and their relation to him.  The details surrounding the alleged incidents leading up to his charges have not been released.

His photo was shared on North Port police’s Facebook page. In the comment section, police wrote, “We have an orange outfit for him…”