ST. PETERSBURG, Fla. - Efforts in St. Pete to slow gun violence through the "Not My Son" campaign focused on the Mirror Lake and Central Avenue areas Friday evening.

Betty Smith marched among four groups that handed out flyers and posted signs urging the adoption of non-violence in the city.

"I have a grandson, he's 11, I have a granddaughter, he just turned two," Smith said "I don't want anything like this to happen to them."

This effort of the "Not My Son" campaign, organized by Rev. Ken Irby, comes as the city is in the midst of a disturbing wave of homicides. There have been 21 this year, compared to 15 during all of last year. Five have come since June, alone.

This week, a 37-year-old barbershop owner was killed. Another man was injured in a shooting this week, as well.

"We have to be more thoughtful, and more diverse in our approach," Irby said.

They hope this is the good that will one day replace evil. 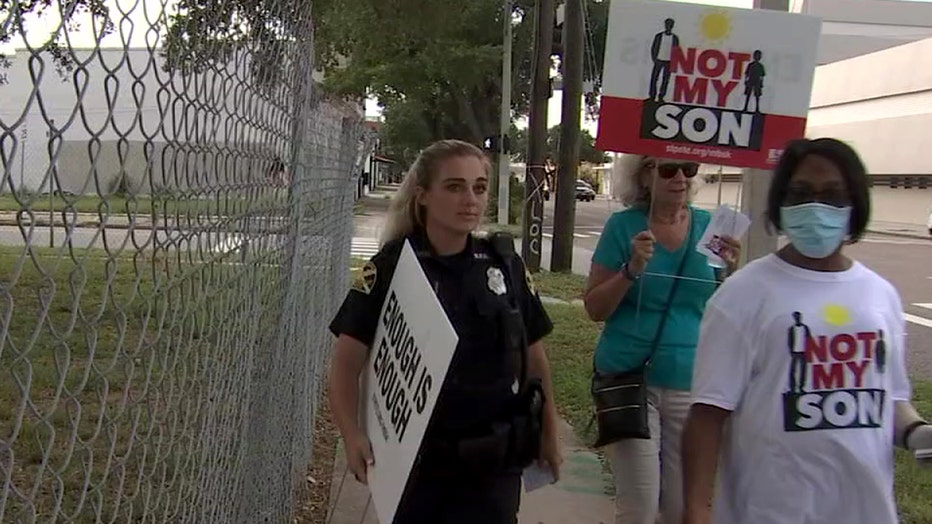