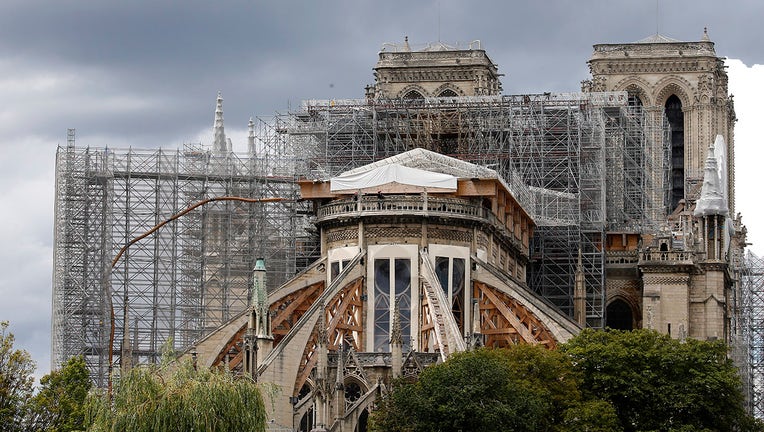 Notre-Dame cathedral is seen during the dismantling operations of the scaffolding on July 10, 2020 in Paris, France. (Photo by Chesnot/Getty Images)

No swimming pool or organic garden on the roof of the medieval Paris monument, or contemporary glass spire, or other modern twists. And to stay historically accurate, it will again be built with potentially toxic lead.

That's the verdict reached by French President Emmanuel Macron, the cathedral's present-day architects and the general in charge of the colossal reconstruction project for one of the world's most treasured landmarks.

Macron, who wants Notre Dame reopened in time for the 2024 Olympics, had initially pushed for a contemporary touch atop the cathedral, prompting eye-catching proposals from architects around the world.

But Macron came around to the traditionalists' argument, and approved reconstruction plans for the 12th century monument that were presented Thursday, according to a statement from the state agency overseeing the project.

The plan includes recreating the 19th century spire designed by architect Eugene Viollet-le-Duc that collapsed in the fire and "favors fidelity to the monument's form and a restoration of the cathedral in its latest state," the statement said. 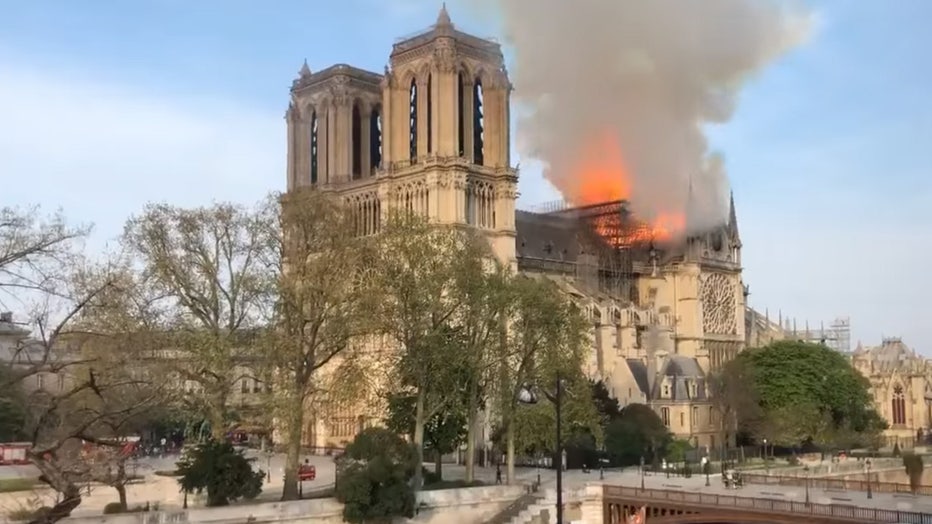 That means how Notre Dame was on the afternoon of April 15, 2019, before the fire broke out, consumed the roof and threatened the rose-windowed twin towers that keep the cathedral upright.

PREVIOUS: Notre Dame rector: Fragile cathedral might not be saved

More than a year later, the structure remains unstable. It took nearly a year to clear out dangerous lead residue released in the fire and to get to the point where workers could start removing scaffolding that had been in place for a previous renovation effort. Actual reconstruction won't start until next year.

The reconstruction plan presented Thursday says the project will replicate original materials "to guarantee the authenticity, harmony and coherence of this masterpiece of Gothic art."

Those materials included tons of lead, which is raising concerns among health and environmental groups. Lead particles released during the fire forced schools in the area to close and prompted a lengthy, painstaking cleanup effort of the cathedral's historic neighborhood on an island in the center of Paris.