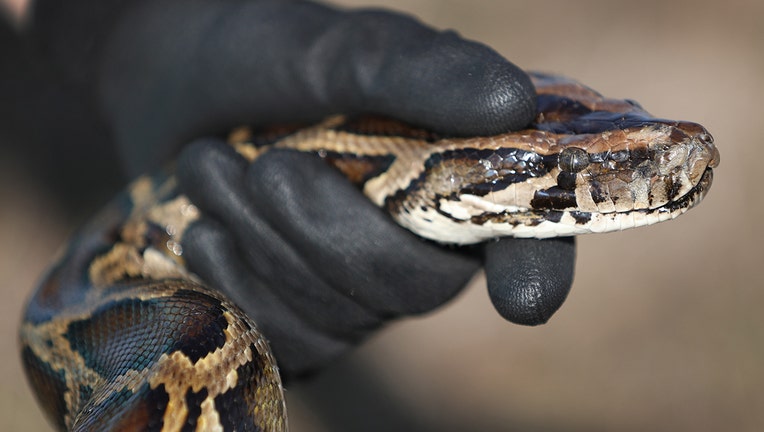 NEW YORK - A New York City man faces federal charges after he allegedly smuggled three Burmese pythons into the United States by hiding them in his pants.

Calvin Bautista, 36, of Richmond Hill, Queens was arraigned Thursday on an indictment charging him with smuggling at the Champlain Port of Entry in upstate, New York.

Federal prosecutors claim Bautista smuggled the snakes in his pants as he rode on a bus that crossed the U.S.-Canadian border.

Bautista was arraigned in Albany and released pending a trial. The Associated Press sent an email seeking comment to Bautista's lawyer.

This case is being investigated by the U.S. Fish & Wildlife Service and U.S. Customs and Border Protection.

The Burmese python, one of the world’s largest snakes, is considered a vulnerable species in its native Asia and is invasive in Florida, where it threatens native animals.