Chief Steven M. Sargent and Mayor Joseph Petty offered condolences for the family of Officer Enmanuel Manny Familia, who died while trying to rescue a teen from a Massachusetts pond. (Source: WBZ/NNS via FOX Edge)

WORCESTER, Mass. - A police officer died Friday while trying to rescue a 14-year-old boy in the pond at Green Hill Park.

Familia and other officers rushed to the park around 1:35 p.m. after receiving reports of a possible drowning. When they got there, they saw several people in the pond — including the teen, who was reaching an arm up as he struggled in the water.

Five officers went after the teen and the other individuals. When authorities returned to land, they’d collected the other swimmers, but they did not have the teen with them.

And of the five officers who went in the pond, only four came out.

At 2:28, divers retrieved Officer Enmanuel "Manny" Familia from the water. Paramedics treated him on the scene before transporting him to a hospital where he later died. 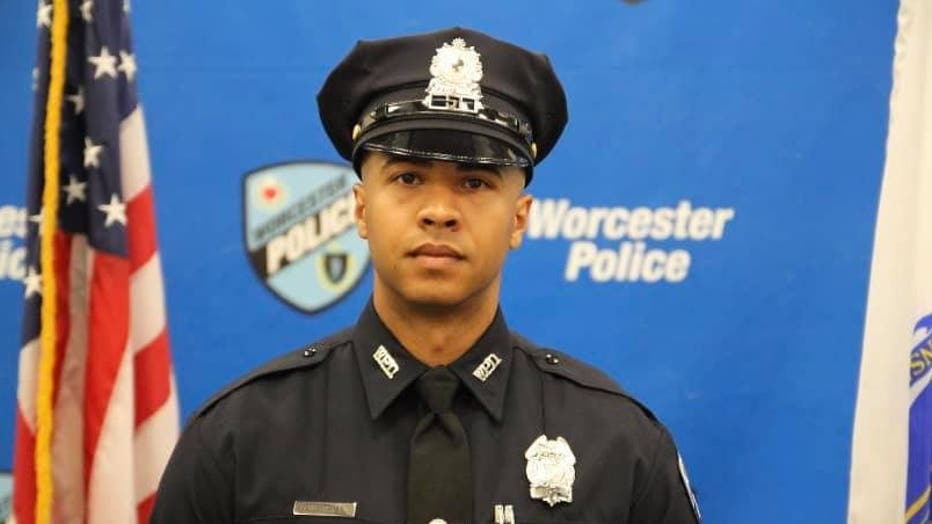 Roughly an hour later, divers pulled the teen from the water. Doctors at a local hospital pronounced him dead.

Mayor Joseph Petty offered his condolences at a news conference on Friday while praising Familia for his sacrifice.

"Today our hearts are heavy as we mourn the death of Worcester Police officer Enmanuel Familia and the young person he tried to rescue," Petty said. "Officer Familia died tragically in the line of duty doing what he was trained to do: to serve and protect the residents of our city."

Familia is survived by his wife Jennifer, daughter Jayla, son Jovan and his parents.

"Officer Familia, without regard for his own safety, attempted to save a young drowning victim at Worcester's Green Hill Park," Petty said. "This is the type of person that Manny was: someone who would lay down his life for someone else's child."