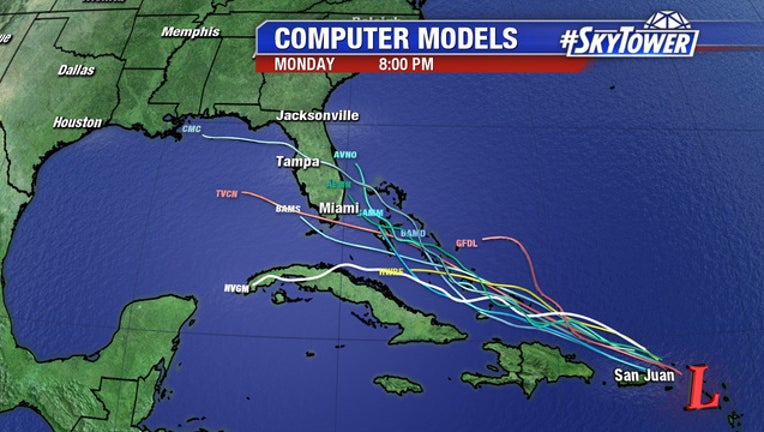 TAMPA (FOX 13) - Government officials issued some warnings and advice ahead of storms threatening the Sunshine State.

The potential for heavy rains associated with Invest 99L starting Sunday and possibly lasting through Tuesday evening causes concern for everything from power outages to Tuesday's elections.

Hillsborough County election officials said, although is was too early to predict if voters would be affected, contact has been made with the state and county's emergency management teams for contingency plans.

The best way to ensure Tuesday's voting is not impacted is for citizens to vote early. There are 16 early voting sites open in Hillsborough County every day through Sunday, August 28. Sites are open 10 a.m. until 6 p.m. each day. Voters can check for locations of Early Vote sites and wait times at VoteHillsborough.org or call (813) 744-5900.

For information on voting early in other Bay Area counties, check the following links:

Gov. Scott began talks with the Florida Division of Emergency Management (FDEM) and the Florida Department of State (DOS) on potential storm impacts. FDEM was not ready Thursday to elevate the activation level of the State Emergency Operations Center, but was monitoring the situation closely.

On Thursday evening, the National Hurricane Center (NHC) estimated Invest 99L it to have a 30-percent chance of cyclone formation between Thursday night and Saturday night, and a 60-percent chance of cyclone formation by Tuesday. The percentages, however, had changed within the last 24 hours and FOX 13’s Chief Meteorologist Paul Dellegatto said forecasting the storm, or lack thereof, would continue to change in the coming days.

The next name on the 2016 Atlantic Storm name list is Hermine (pronounced Er-meen).

For more information about preparing for natural disasters in Florida, visit http://www.floridadisaster.org/index.asp