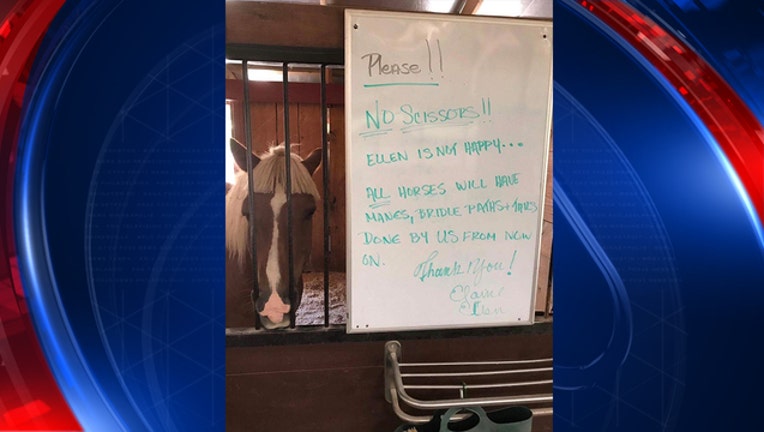 This horse is having a bad hair day. That’s because one equine-owner in Ohio tried trimming the hair of one of the rescue horses.

His son received an amusing photo of a new sign plastered up in the stables banning anyone from giving the horses a haircut. A horse is seen in the background with newly straight and very blunt bangs.

Matt Spencer shared the image -- sent to him by his mom -- on Reddit, writing that his dad initially told him he had gotten in trouble after giving one of the rescue horses a trim. “Dad cut a horse’s hair at the barn,” Spencer wrote. “Everyone was pissed.”

The name of the facility was not mentioned, but he described it as a rescue facility that also boards a few horses for people. Spencer wrote that his parents go there to volunteer. His dad thought the horse’s hair was bothering him and he decided to “help him out.”