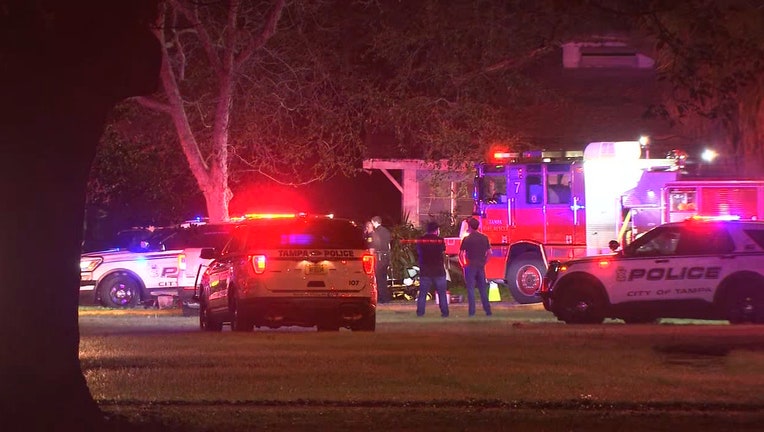 The reported fire took place at 5912 North Nebraska Avenue. Fire crews said they arrived around 4:16 a.m. and the "fire was fully involved."

Fire rescue said one injured person was found outside but later died.

The cause of death and cause of the fire remains under investigation.