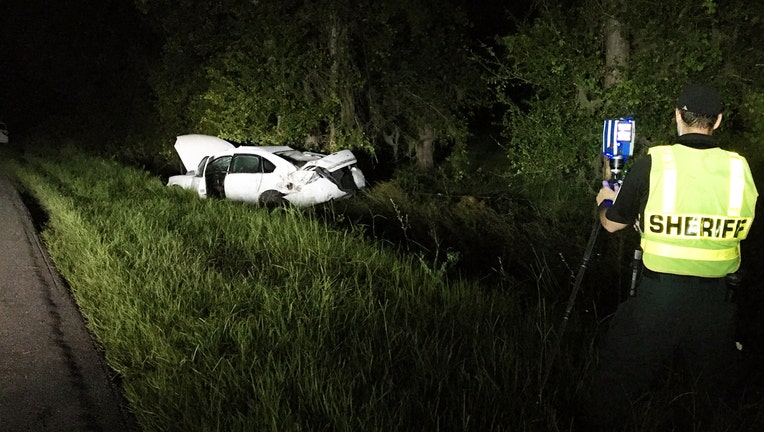 Investigators said it appeared Rene Perez was heading south on Crews Road in a white 2008 Chevrolet Impala. They said, according to witness, Perez accelerated to pass her.

As Perez began to move from the passing lane and back to the travel lane, the Impala began to rotate and veered off the roadway near Alturas-Babson Park Cutoff Road.

Deputies said the vehicle crashed into two trees. They said Perez was not wearing a seatbelt prior to the crash, which occurred around 11:30 p.m.
He was taken to Lake Wales Medical Center where he passed away.

The roadway was closed for nearly four hours during the investigation. Officials said it didn't appear other vehicles were involved in the crash.