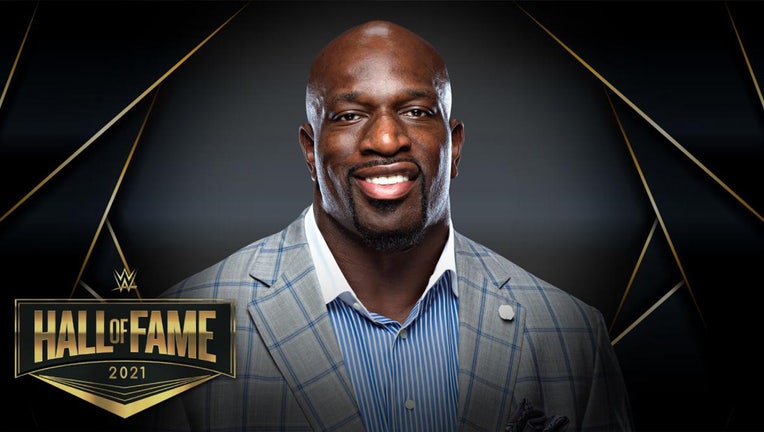 TAMPA, Fla. - Tampa Bay’s own Titus O’ Neil, who will also be cohosting WrestleMania 37, was honored this week at the WWE’s Hall of Fame ceremony, which was held at Tropicana Field.

O’Neil received the WWE Warrior Award for his philanthropy and humanitarian efforts in Tampa and around the globe. He is the first WWE superstar to win the award. He is the founder of The Bullard Family Foundation, providing programs and resources to families and children in need in the Bay Area.

O’Neil is also one of the WWE’s Global Ambassadors, traveling to work alongside non-profits like the Boys & Girls Clubs of America, the Special Olympics and Susan G. Komen.

"I've always wanted to set an example of what it means to be a great human being because I truly believe that we should all be respectful of every single person that we come in contact with," he said. "You may not agree with some of them, you may not even like some of them. but you love them  -- and you respect them. Because, in my opinion, that's what real champions of humanity and real warriors of change do."

According to the WWE, the award was named after the WWE Hall of Famer, The Ultimate Warrior.

"The Warrior Award is presented to an individual who has exhibited unwavering strength and perseverance and who lives life with the courage and compassion that embodies the indomitable spirit of The Ultimate Warrior," according to the organization.

In the run-up to WrestleMania, stars of the WWE are out connecting with the community. Kalisto, Mojo, and Peyton Royce spent time with Special Olympics athletes Wednesday. It was tough to tell who was having more fun, the kids or the wrestlers.

MORE: WWE stars connect with Special Olympics athletes ahead of WrestleMania in Tampa

The WWE described O’Neil as one of the "most philanthropic superstars in WWE history."

O’Neil will be serving as a co-host of WrestleMania alongside with another Tampa Bay native, Hulk Hogan.