TAMPA, Fla. - Pinellas County has one of the most competitive congressional races in the nation. Democratic incumbent Charlie Crist is not seeking re-election in Florida's 13th U.S. House district, and the state reconfigured the district in a way that gives Republicans an advantage in the November midterm.

Five Republicans are running for the nomination in the August 23 Primary, and we sat down with all of them.

Moneer Kheireddine is a former student body president at the University of South Florida and currently a law student at Stetson College of Law in Gulfport.

His interview with FOX 13 Political Editor Craig Patrick started with a review of where he stands on issues that are driving much of the debate in the GOP race. 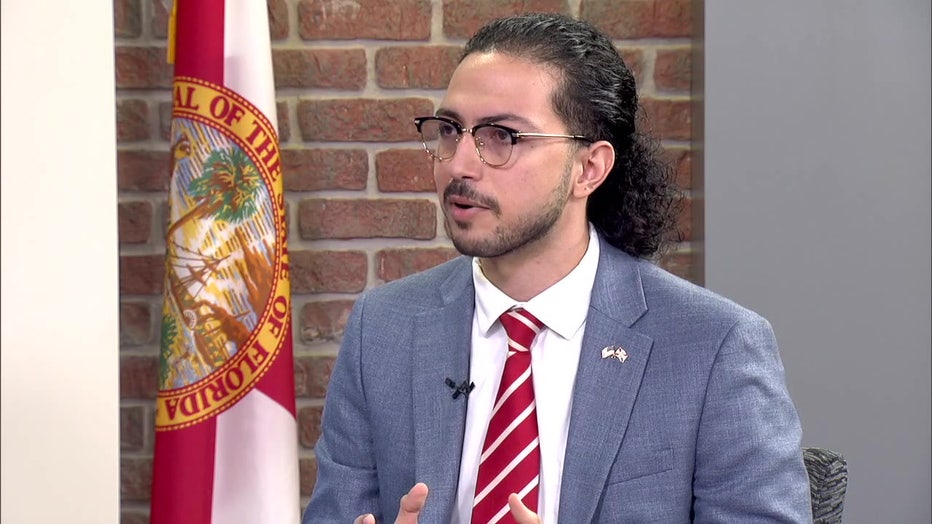 Craig Patrick: "Do you support or oppose abortion rights?"

Moneer Kheireddine: "It's an excellent question. And I will say, from my perspective and coming from my faith, I am pro-life. I am someone who believes in the importance of conserving life and caring for life. But at the end of the day, my approach on abortion specifically is that I think it needs to be a choice for life. And so it's a little bit more nuanced than people regularly say. But I don't think we should be forcing, especially as the Republican Party, forcing individuals to take stances and to do things with their body. From a government perspective, they should choose it. And I want to encourage various programs and federal support for having individuals care for their children and give them more financial resources to do so and to feel comfortable doing so.

Alternatives to a Physical Border Wall

Craig Patrick: "Do you support efforts to continue or resume the construction of the physical wall along our southern border as envisioned by former President Trump?"

Moneer Kheireddine: "So personally, I do think immigration is an issue. And I do think at the end of the day, we need more security at our border and we need to make sure that people can come here the right way and legally. But also, I think the border wall is something that can easily be overcome with enough resources by people trying to get to our.

Craig Patrick: "So you would not resume construction?"

Moneer Kheireddine: "I would want to see an alternative option. I want to see us use resources to try and reinforce the wall with technology, specifically drone use and things of that nature. I think there's opportunities there to take care of that wall without billions and billions of dollars resuming into that construction fee. "

Kheireddine said he also favors allowing Medicare to negotiate drug prices, and expanded tax credits for electric cars and investments in renewable energy (key components of the Inflation Reduction Act). He said, "at the end of the day, fossil fuels are an expendable resource. They're going to run out. And so from my perspective and the perspective of voters that I meet on the trail, they want to see us investing and making it easier for folks to transition into alternative modes of transport, such as electric cars." 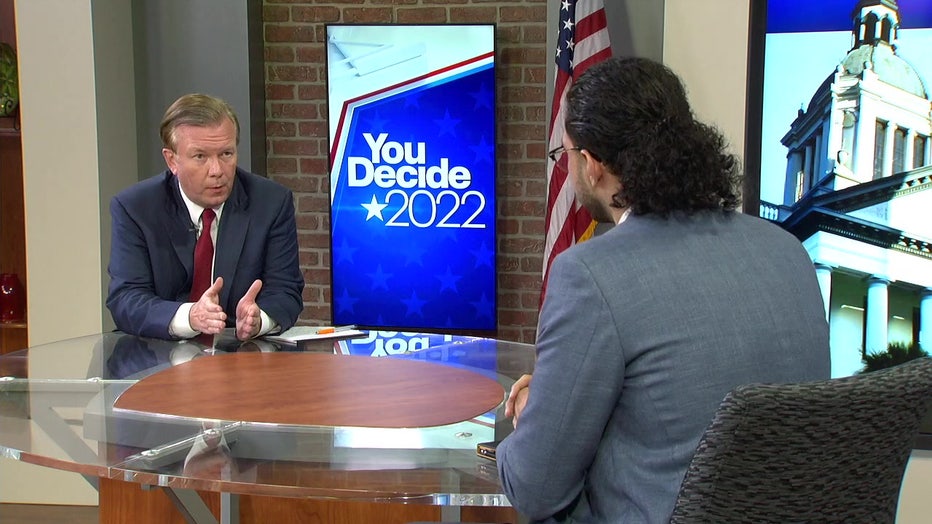 Kheireddine does not support the fracking boom in the United States, saying "I don't think fracking or offshore drilling or any of those things are beneficial in our long term longevity as a country. I also don't think they're good for the world or good for our economy. I think we have other options. We should be using them."

Ideology and Commitment to Party

Moneer Kheireddine: "I think the biggest thing that stands me out from the crowd is that the focus that I place on is on working class individuals and making sure that my opinions represent the people of Pinellas, the people that I've grown up with and stood by my entire life… I don't believe I'm out of touch.I believe the base is very frustrated with the current approach that modern Republicans and moderate leadership take. I think that they try to make certain issues, the mainstream issue. But really, every day, over 50% of Americans are living paycheck to paycheck. That is including our district. Over 10,000 homeless citizens live currently in Pinellas County. A lot of them are children. I think a lot of the Republican base sees these problems, has been told that government spending isn't the right solution. And I can agree with that to an extent. But I believe it is the role of the federal government to take stances that care for everyday folks. My name and my message with this campaign is to show Republicans that there are other options besides just the mainstream narrative they're being sold. And that is my approach."

Craig Patrick: "The current representative of this district and his predecessor both made a name for themselves as Republicans and then later left the party. When we see that your views are out of kilt in some, if not many ways, with the prevailing thought of the party right now. Might you switch parties later? And if not (you're shaking your head no), Assure voters why you would not?"

Moneer Kheireddine: "Absolutely, because I believe in the Republican Party. I believe in its future. I believe in what I envision a future where the Republican Party returns to its roots of old returns to conservation. That's the thing that I run on, and that's what I believe in to my core, which is why I am a Republican. Teddy Roosevelt, Abraham Lincoln. These are folks who stood for the working class, who stood against injustice. And they are the very heart of where republic the Republican Party was built in this country. And right now, we see individuals who are acting in bad faith and we see most of them being supported by corporations and corporate interests in a manner that is not benefiting everyday folks. That's why, despite, you know, I'm sure you've seen it because you do your research, you have seen that when folks do when the majority of Americans believe that a policy would be beneficial, when they want to see, you know, certain things get passed that would take corporate money out of politics or, you know, protect the digital rights of individual citizens to make sure that Facebook and all of these various online influencing websites are not able to manipulate their data. That stuff doesn't pass in Congress. I'm a Republican that is going to advocate and fight to make sure that that kind of stuff is the priority of our party, because those are the real issues that are affecting everyday folk. And I want to build that future with a coalition, the Republican Party, that ideally cares. And that's what I'm trying to do. Trying to accomplish and trying to do it is you're right, it's harder than it looks. You know, there are some people in the base that might not agree right away, but every single voter that I meet when I'm on the campaign trail, every single time that I get a chance to knock on a door and talk to them about really what I am trying to fight for, all of it is common sense, bipartisan approaches to how we can start fixing these problems versus just blaming the Democrats or, you know, blaming RINOs and saying that’s why things don’t pass."