According to police and airport officials, the Piper Cherokee was heading to Tampa from Zephyrhills when the pilot asked to make an emergency landing just after 1 p.m.  Rescue crews staged along the runway in anticipation.

"That plane never came, at least not to the grounds of the airfield," Tampa Fire Rescue spokesman Jason Penny said. 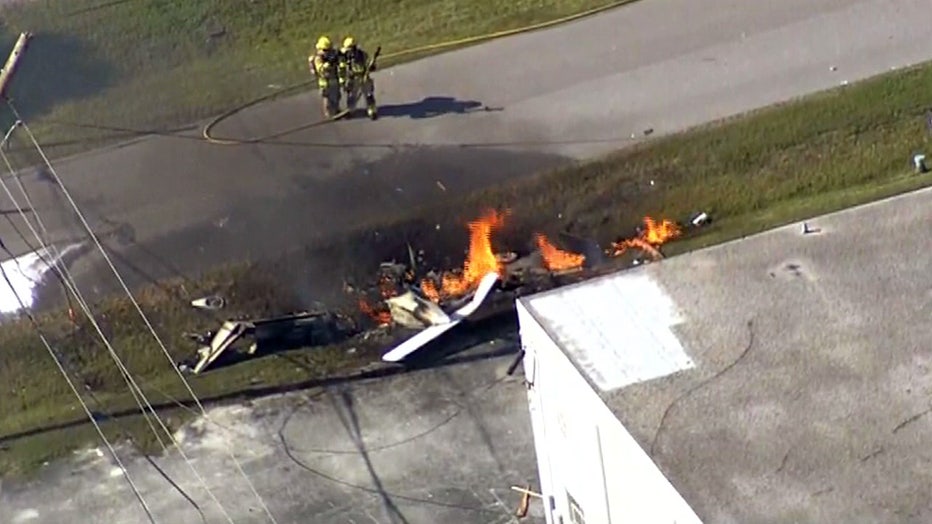 Instead, a column of smoke began rising about a mile to the south. The plane had clipped a power pole and crashed at North Ward Street and West Nassau Street, just short of the airport’s secondary north-south runway.

The view from SkyFOX moments later showed the small white plane on fire as crews worked to douse the flames. 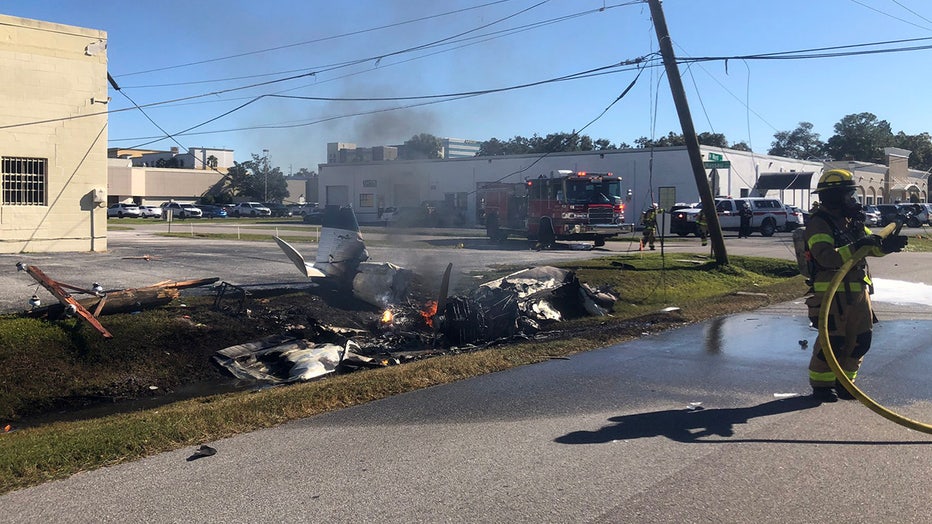 All three men aboard the plane -- ages 58, 24, and 23 -- had climbed out of the wreckage as the first Tampa police officer arrived on scene; they were taken to the hospital in critical, but stable, condition. 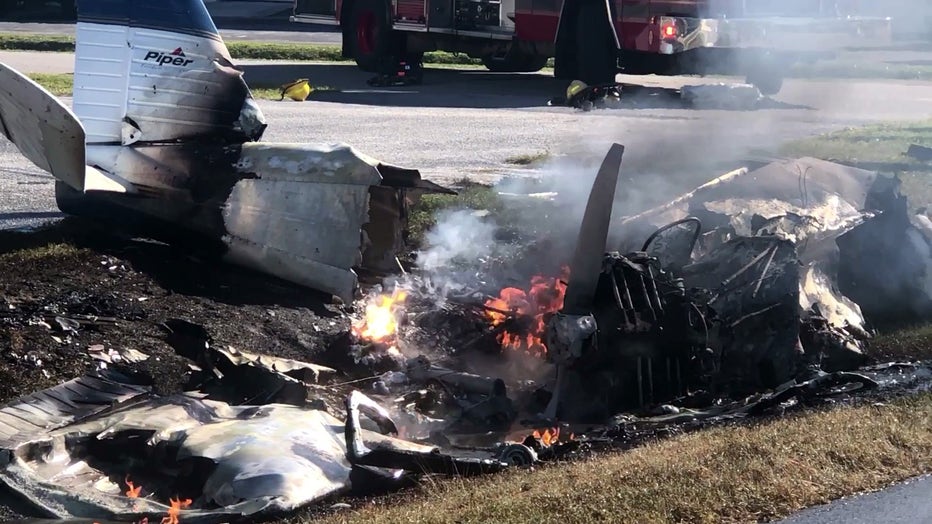 The only damage on the ground appeared to be some downed power lines at the crash site.

"It’s amazing, it’s miraculous, any other adjectives you want to use to describe what happened here because there was no damage and no injuries to anyone on the ground, minimal damage to property in the area and TECO is out here fixing that already," Penny offered. 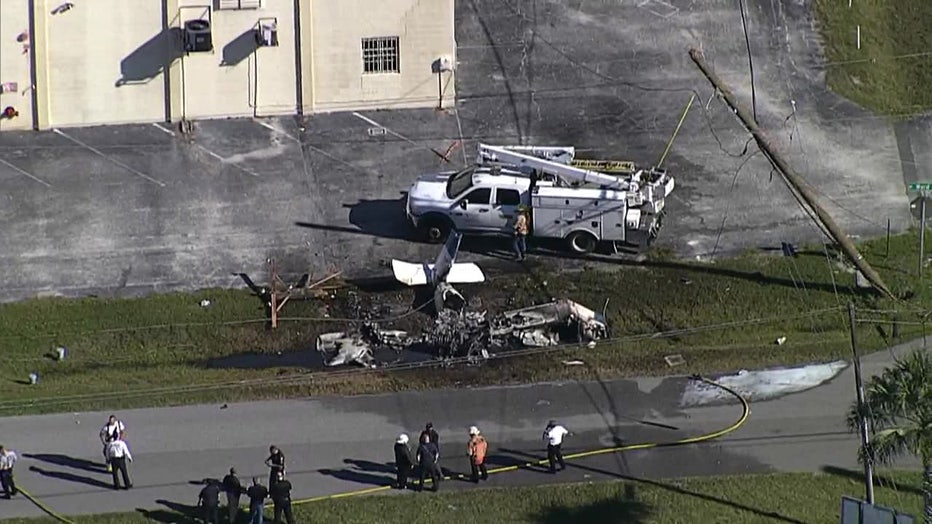 Federal officials will take over the investigation into the cause of the crash.