Lightning anthem singer ready to return to ice after COVID

TAMPA, Fla. - It's as beloved as any other part of the Bolts pre-game festivities: Sonya Bryson-Kirksey, decked out in Bolts blue, delivering a rousing rendition of the national anthem.

"Even if I had to sing for five people in that arena, just being in that arena is a blessing. You know, being able to represent both the military myself and the Lightning, as it were, is a blessing in itself," the Air Force veteran said during a recent sit-down interview with FOX 13. "I still can't believe I get paid to do this." 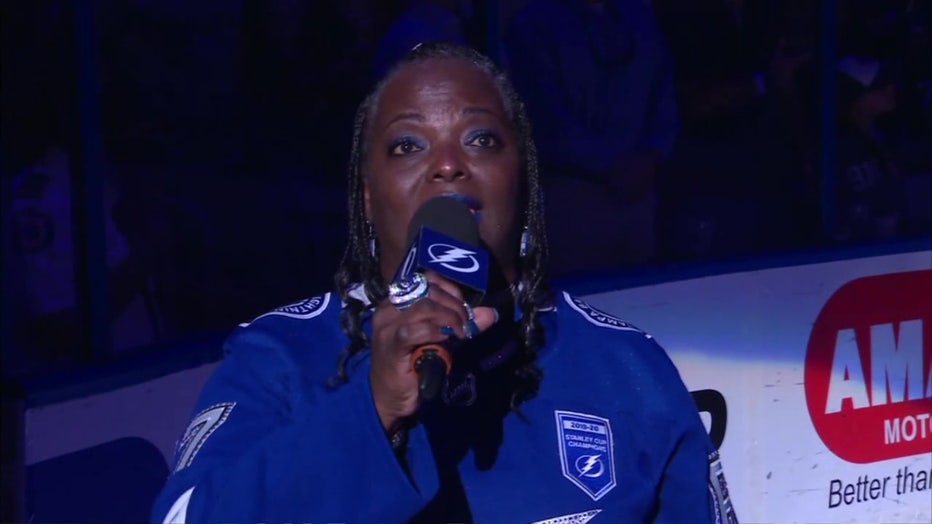 There was a point, however, where it all nearly ended. Despite being vaccinated, she was diagnosed with COVID-19 following the team's Stanley Cup celebration last July. Complicated by her struggles with Multiple Sclerosis, she would spend a month in the hospital and eight harrowing days in the ICU. Her voice – and more importantly, her life – hung in the balance.

"I had I wondered a lot of things. I wonder if I was going to get out of the hospital. You know, if I was going see my kids again, my husband, my family," she said. "I actually never even thought I would be able to have the volume back that I have. But God is good."

From October: Lightning's anthem singer ready to take the ice after COVID battle

After she left the hospital pledging to get her singing voice back, Sonya Bryson-Kirksey returned to belt out the national anthem at Amalie Arena, after beating COVID-19.

She credits the support from Lightning fans across Tampa Bay with helping her push through and beat COVID. Bryson-Kirksey spent months rehabbing with deep-breathing therapy, and essentially re-training her lungs to sing. She made her emotional return to Amalie Arena in October. 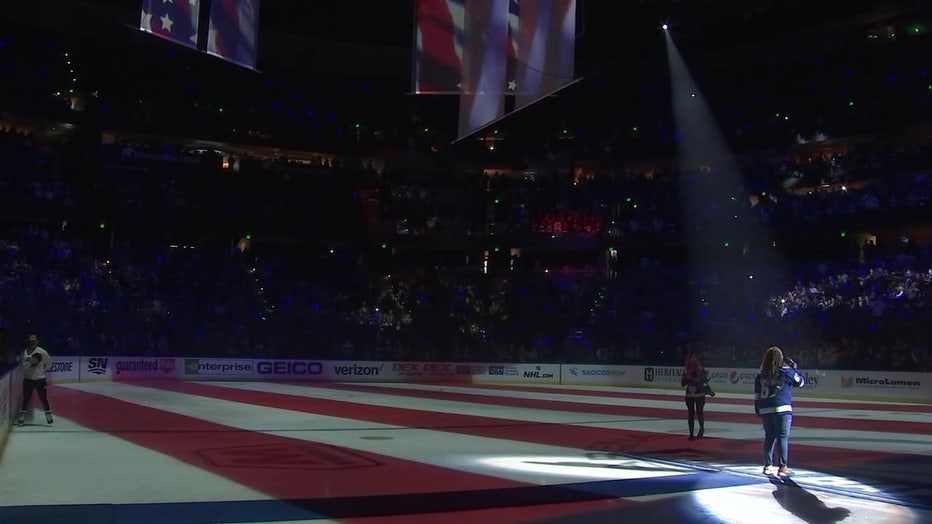 Now, she's back on the biggest stage: the Stanley Cup Final.