How the Operation game inventor came up with the idea

SARASOTA, Fla. - It’s the sound – and the lit-up nose – and the vibration. “Operation” was a game unlike any other when it came out and has been entertaining and inspiring generations of Americans for decades.

It all came from the mind of John Spinello. He had an experience as a kid, growing up in Chicago, and wanted to recreate it.

“When I was a little guy, I crawled under my mom’s TV set with a safety pin and put it in a light socket,” Spinello remembered. “Boy, that got my attention. It zapped me and burned me and flipped me. That was the premise of the game…I wanted to duplicate that zap, crackle, and pop.”

He went to work designing and creating while he was in school at the University of Illinois in 1963.

That's the day the classic board game "Operation" was born. A year later, he sold his prototype to a toy design firm for $500.

By 1965, Milton Bradley picked up the rights, and then later, Hasbro, and it’s been buzzing ever since, selling 45 million copies to date.

Having sold the rights to his game, Spinello never received any royalties. He just went on living life -- until he met Tim Walsh -- a toy inventor and toy historian who lives in Sarasota.

After years of friendship, Walsh said he noticed Spinello’s health was declining.

“We had the idea, ‘Geeze, if everyone who played the game Operation gave him a dollar, he’d be able to get his surgery,’” Walsh said.

When their crowd fundraiser went live, money poured in for Spinello's surgery - and something else important happened.

“We started getting letters from doctors, surgeons, and nurses and we said, ‘We need to make a film because these medical people were reaching out and saying, ‘Thank you for making this game. It inspired me to get into the medical career,’” Walsh recalled. 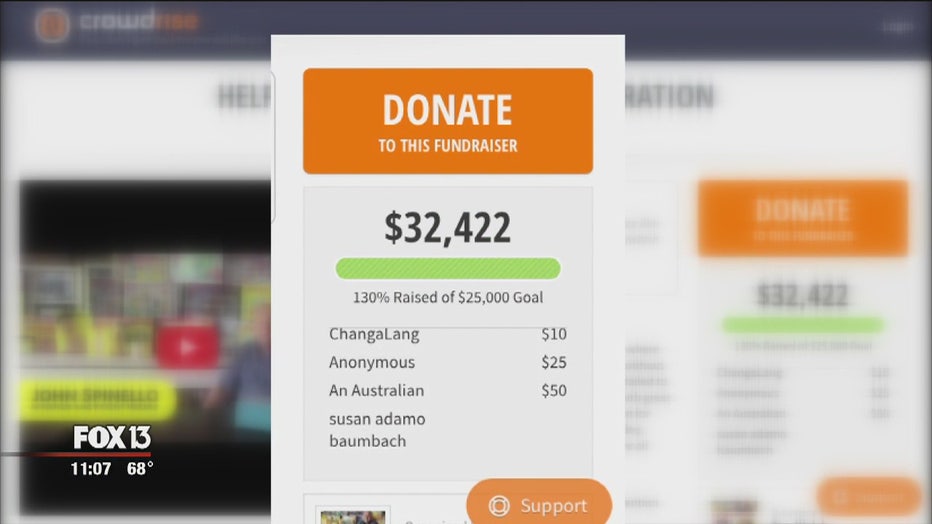 Walsh turned those stories into a documentary called "The Buzz Heard Around the World," to show how Spinello’s childhood experience inspired others.

“It’s really a wonderful reaction to the game and it worked, whatever it was," Spinello added.