ST. PETERSBURG, Fla. - The last greyhound race came two years after Floridians voted to close the tracks. It ended nearly a century of racing at Derby Lane in St. Petersburg.

The famous track was started in 1925 by Richard Winning’s great-grandfather, T.L. Weaver.

Winning remembers trying to make a speech after the final race in December.

"We all stood there and hugged each other because we just couldn’t say the words," he recalled.

He stands on a veranda overlooking the empty tracks. Grass now grows where the dogs once ran.

"We’ve dismantled the rails, covered the odds board and buttoned up the facility," he continued.

While greyhounds resumed racing again earlier this month at Derby Lane, it was done without people in attendance. Now, the greyhound racetrack on Gandy Boulevard is opening to the public.

They still have poker rooms operating seven days a week and simulcasts from other dog tracks and horse tracks across the country.  But the real jackpot at Derby Lane may be the 130 acres on which it sits, right in the middle of the metropolitan area.

"I like to say we’re located in Downtown Tampa Bay," Winning quipped. "Because if you really figure it out and look at the map, that’s where we are." 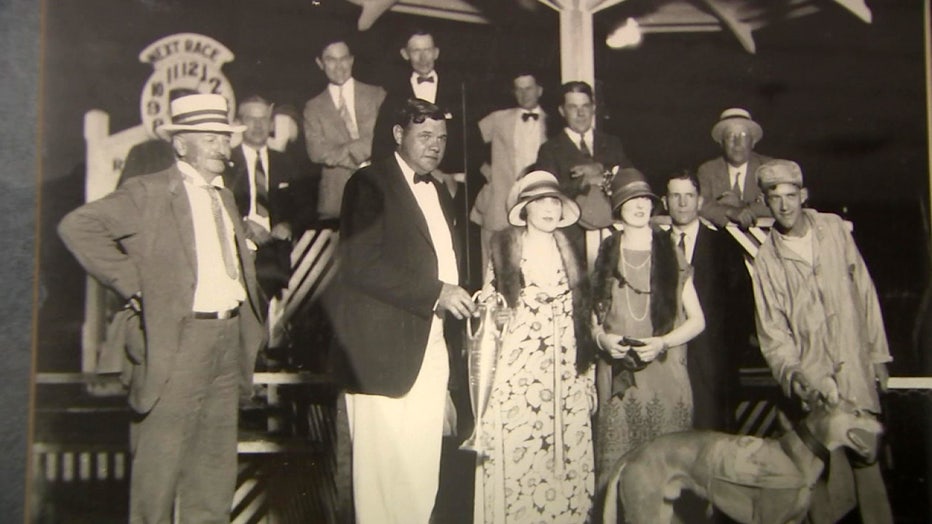 Babe Ruth knew exactly where Derby Lane was. The Babe and countless baseball players throughout the 20th Century played baseball by day and the dogs by night. And baseball keeps coming up.

"They always say we ought to be the Rays stadium," Winning continued. "I’m not sure the Rays want that." Amazon wants it, at least the parking lot. For the past two years, Amazon has rented the lot for its trucks and drivers.

Winning says his family may develop the area around Derby Lane.  "We’re just making a complete turn and we’ll have to reinvent ourselves."