PALM HARBOR, Fla. - A Palm Harbor rabbi is accused of taking part in the raid in the United States Capitol that interrupted congress and left five people, including a police officer dead.

Charges against Michael Stepakoff, 55, include violent entry of the Capitol grounds. FBI agents say he joined the mob behind the insurrection earlier this month.

According to a complaint filed in U.S. District Court of Washington D.C., the evidence against him includes surveillance video which shows him standing inside the Capitol building during the raid and a Facebook post the FBI says was made by his wife, which states he was inside the building and asks the public for prayers for his safety. 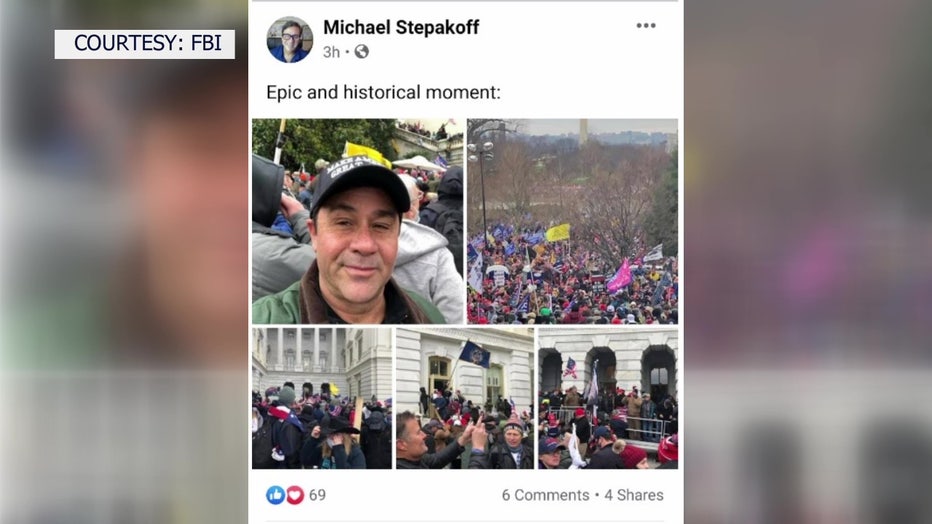 Stepakoff and his attorney couldn’t be reached Friday evening. He heads the Temple New Jerusalem in Palm Harbor.

More than 170 people have been charged in the January 6 raid.