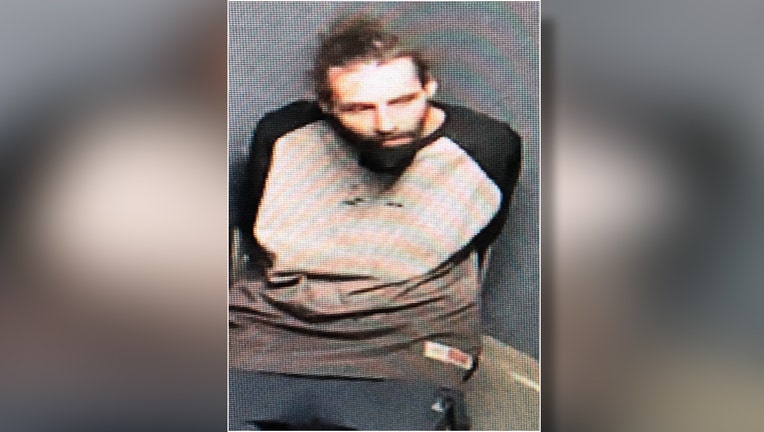 PALMETTO, Fla. - Palmetto police are searching for a man they say escaped from their custody after being arrested for shoplifting. According to police, officers arrested the man, who had no identification and refused to identify himself, on Monday. They took him to the police department to identify him and ask him about a recent robbery and burglary.

Police say the man gave investigators two different identities, including detailed information like birthdate, social security numbers, and past addresses. Investigators said they were suspicious of these identities and were able to establish that they belonged to other persons. While detectives were working on confirming his identity, police say the suspect was able to escape from the interview room and left the building.

The suspect is described as a white male, approximately 30-35 years old. He is 5’ 10” tall and weighs approximately 130 lbs. He has a black full beard and mustache and his hair is long. He was wearing it in a bun. The man was last seen wearing a dirty white, long-sleeved T-shirt with dark colored-sleeves, dark blue athletic pants with white stripes down the sides, and white tennis shoes. He also has numerous tattoos on his arms and fingers.

Police say the suspect was handcuffed and may go by the name of “Luke.” According to police, the man is homeless and frequents the area of Wal-Mart in Palmetto.

Anyone with information is asked to call the Palmetto Police Department at 941-721-2000 or the Manatee County Crime Stoppers at 1-866-634-8477. Persons who provide information to Crime Stoppers may remain anonymous and may be eligible for a reward.