PALMETTO, Fla. - The Palmetto Police Department found themselves in the middle of a pursuit involving two high-end stolen vehicles.

On Tuesday morning, a ping from a stolen Subaru from Hernando County led them to another high-end car: A Maserati stolen from Hillsborough County.

Dashcam footage shows the pursuit that led officers into a neighborhood, onto I-75 and ended at State Road 70.

"I'm very proud of my officers, they did a great job. They were constantly evaluating the safety of the public, balancing with that with the necessity of catching these individuals, and they did," said Palmetto Police Chief Scott Tyler.

The Subaru finally came to a stop in a retention pond, after running and hiding. The three suspects including 18-year-old Sebastian Williams of Fort Myers and 20-year-old Keishon Key of Cape Coral were arrested. 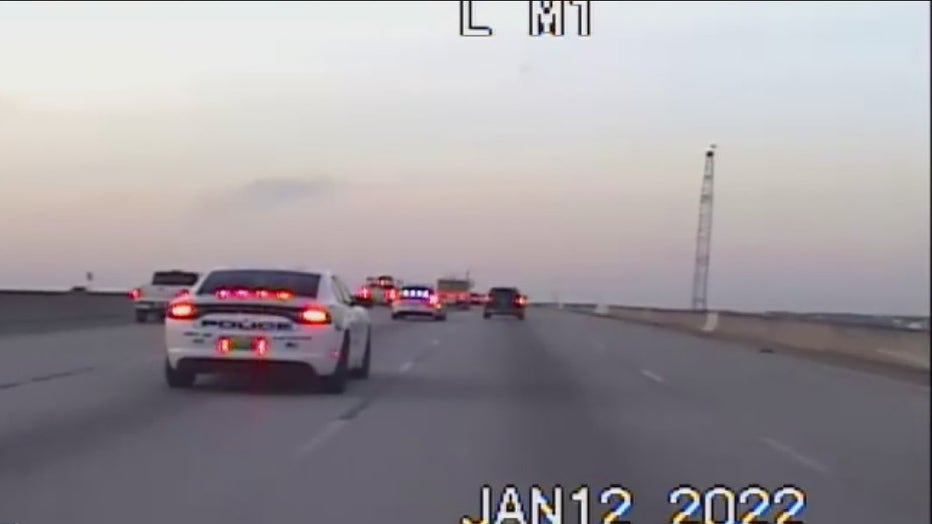 "Sometimes the crooks think that if they go to a neighboring county where they are not well known, they have some anonymity," said Chief Tyler.

The Subaru's security system gave them away. Officers found the stolen vehicles, a stolen gun from Pasco County and several credit cards.

"Maserati are very nice. They are very fast. They are very agile. They’re set up for maneuvering and speed and so yah certainly the Maserati with a straight clear road way certainly could have left us in the dust, but that didn’t happen, and we caught the bad guys," he said.

The suspects face charges of theft, fraudulent use of credit card, contributing to delinquency of a minor, obstruction and giving false ID to officers.