PALMETTO, Fla. - Officers from counties at two ends of the Tampa Bay area tracked down two stolen vehicles – a Maserati and a Subaru – and after police pursued both vehicles, they both ended up crashed on the side of roadways at separate ends of Manatee County.

It started around 6:30 a.m. Tuesday when deputies from Hernando County called officers in Palmetto about a stolen car. Palmetto PD sent officers to the area of the Walmart at 10th Street E and South Tamiami Trail, where the allegedly stolen Subaru's theft deterrent system last pinged.

They found the Subaru. They also found a Maserati reported stolen from Hillsborough County.

The drivers in both vehicles took off. 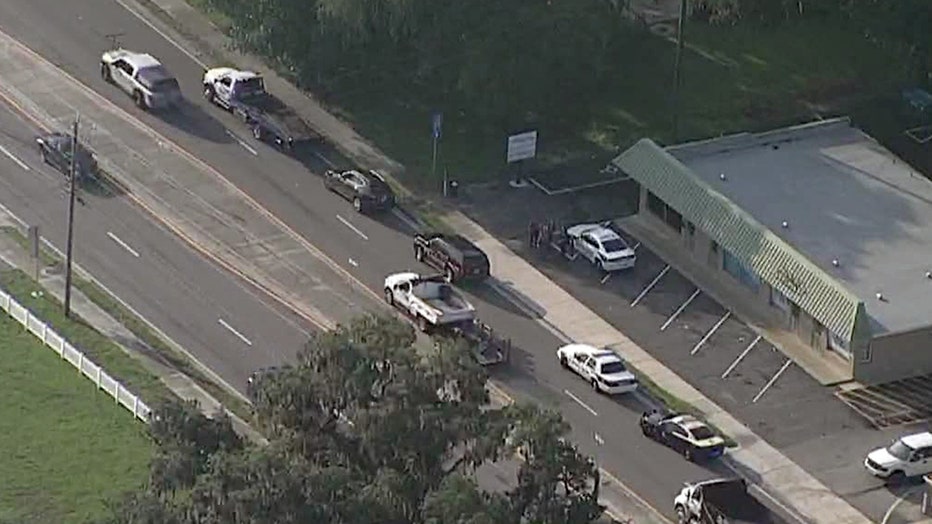 Palmetto police followed the Maserati on 10th Street for a short distance before it crashed near a business at Ellenton Gillette Road. 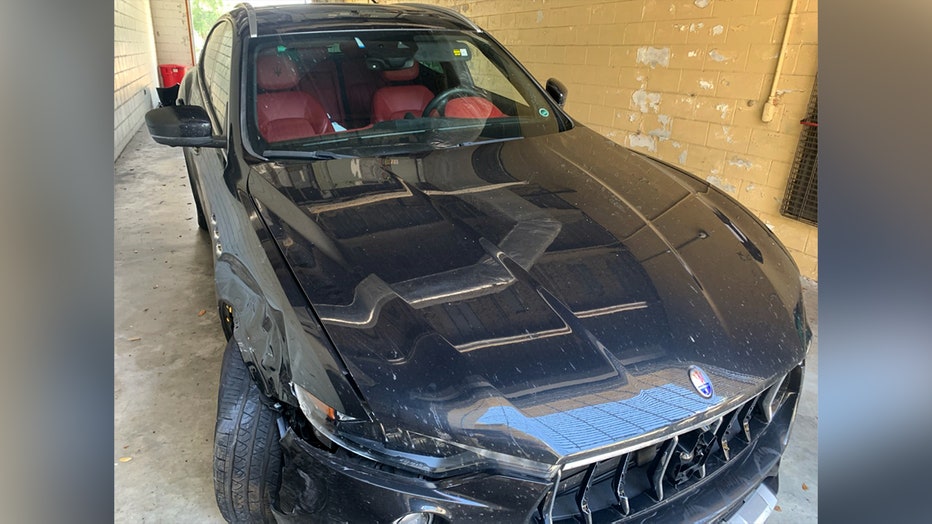 When the Maserati crashed, police say the driver got out and then got into the Subaru, which again fled.

"What we have all throughout the Tampa Bay region is criminals will head on I-75 they will head to a neighboring county and commit crimes," said Chief Tyler.

Palmetto Police believe that could hold true in this case. 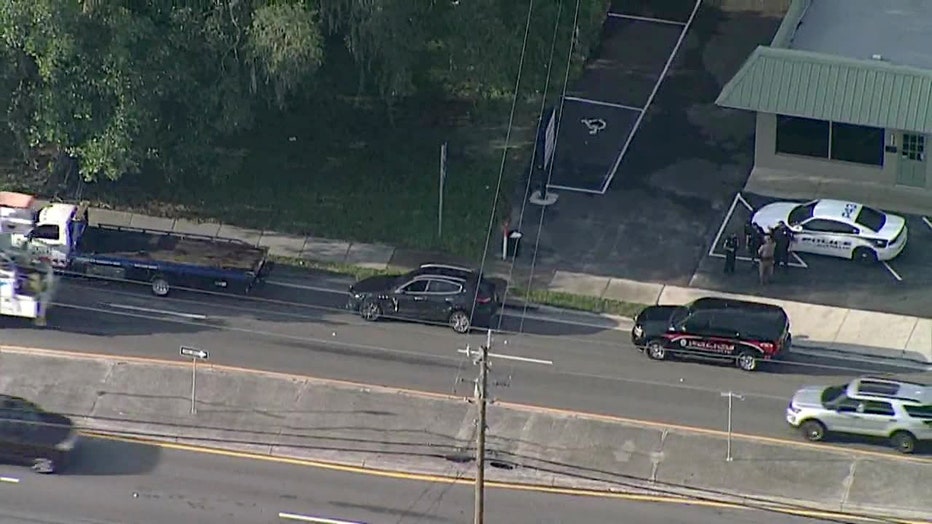 The view from SkyFOX showed the vehicle parked on the roadway with heavy damage on the driver's side doors. 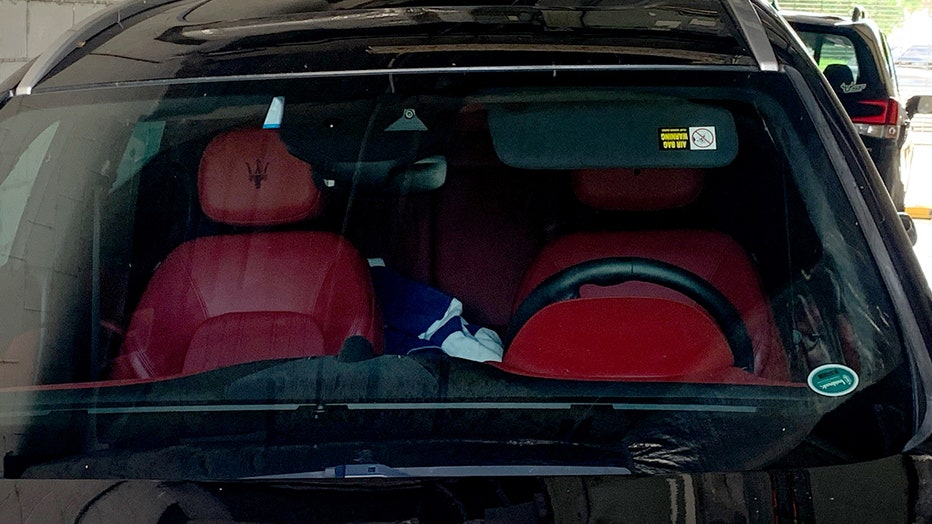 The driver of the Subaru made it onto Interstate 75 and headed south.

The driver tried to exit at State Road 70/53 Avenue E in Bradenton, but went off the roadway and crashed into the corner of a water retention area. 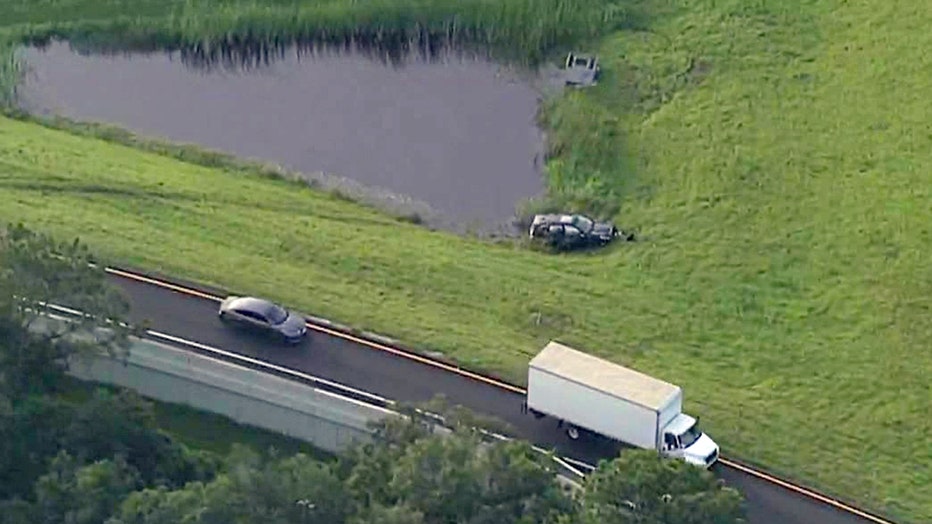 The view from SkyFOX showed the tire tracks through the grass on the side of the exit ramp, adjacent to a Lowe's home store, where multiple officers were parked out front. 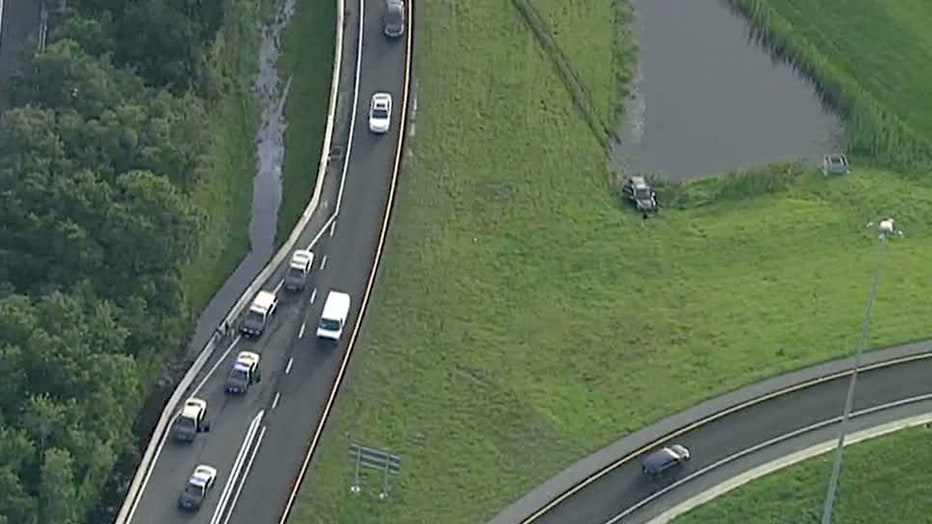 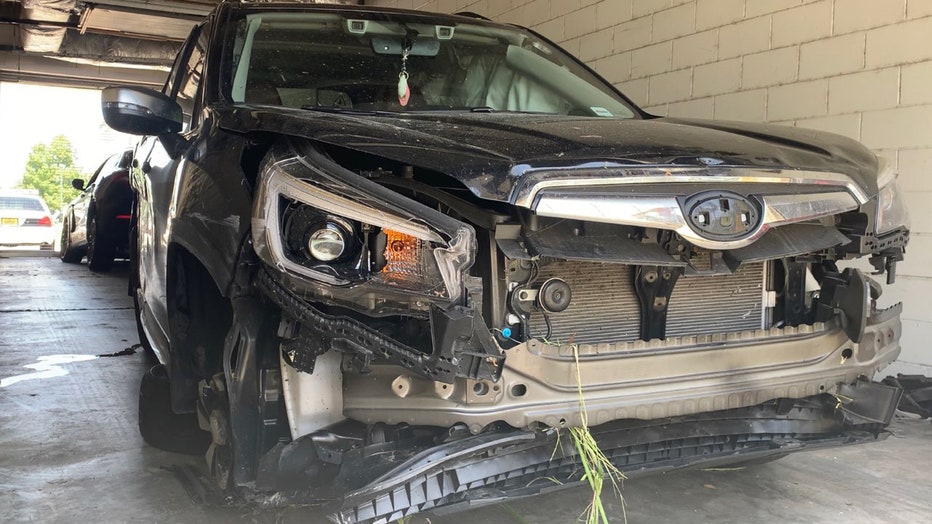 Two were caught inside the Lowe's and the other was caught up by Manatee County sheriff's deputies in a wooded area nearby.

"Our cars are valuable to us whether they are Toyotas or Maserati, and we need to safeguard them," said Chief Tyler.

Police said those arrested include two young adults and a juvenile, all three have past records.

Note: Police initially reported one of the stolen vehicles was a Lamborghini. They later said the vehicle was a Maserati.