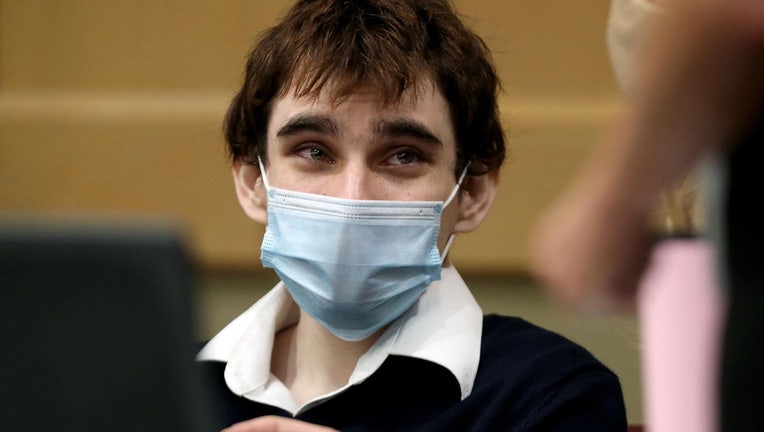 Parkland school shooter Nikolas Cruz at the defense table during jury selection in his trial at the Broward County Courthouse in Fort Lauderdale, Florida, on Oct. 6, 2021, on four criminal counts stemming from his alleged attack on a Broward jail gua

MIAMI, Fla. - The accused gunman in a mass shooting at Marjorie Stoneman Douglas High School in Parkland, Florida is pleading guilty to 17 counts of premeditated murder, according to WSVN 7News in Miami.

WSVN reports that Cruz will also plead guilty to battery on a Broward County jail guard back in November 2018.

According to WSVN, Cruz will plead guilty at 10:30 a.m. Friday. The judge has the option to reject the plea, but his attorneys believe the judge will accept.

After the plea, the judge will set a date to convene the jury for the penalty phase, where Cruz's attorneys will argue to keep him off death row.

Cruz's defense team had repeatedly tried to offer a plea deal early on in the case in exchange for life in prison; however, prosecutors were unwilling to remove the death penalty from the negotiations.