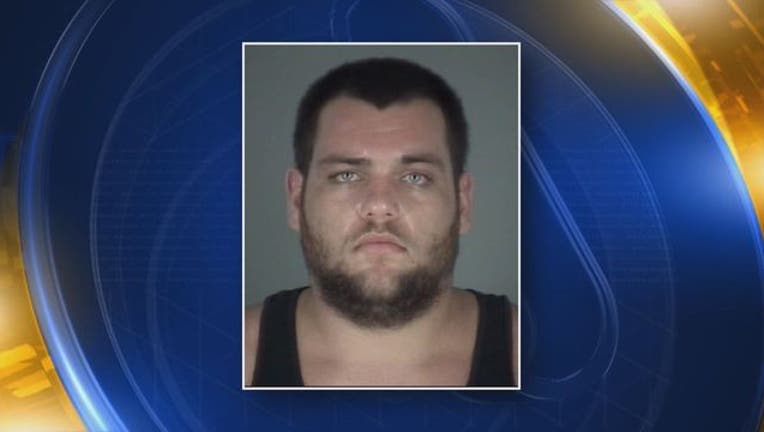 NEW PORT RICHEY (FOX13) - Pasco County deputies arrested a man after they say he threatened to kill his parents if they testified against him in a previous crime.

The sheriff's office responded to a drive-by shooting on Teak St. in New Port Richey at 4 A.M. Thursday. Deputies found several casings in the roadway, as well as bullet holes in the home.

Officials say Michael Barone threatened to kill his mother and step-father if charges were carried out in a separate investigation.

On May 28, police say Barone entered their home with permission to borrow some clothes. However, they say he stole several items without permission; including: a simunition air rifle, a gun sight, a hunting knife, three 16-round simunition magazines, and three boxes of .177 simunitions. Officials say the 20-year-old also stole an urn containing the victim's deceased husband's ashes. Detectives say the items were worth more than $1,400.

The couple was set to give sworn testimony against Barone for the theft.

Barone was charged with tampering with a victim or witness, shooting a deadly missile into an occupied structure, and felon in possession of a firearm.