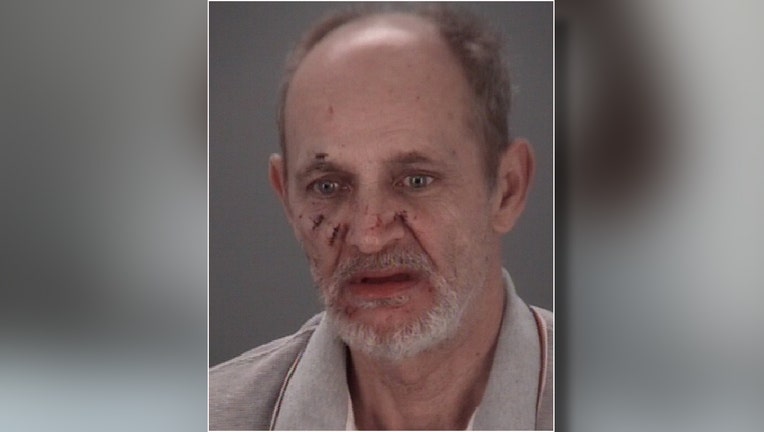 HOLIDAY, Fla. - Jimmy Lawson is facing aggravated assault charges after allegedly threatening a woman with a hatchet and threatening to kill her and everyone in the neighborhood, according to the Pasco County Sheriff’s Office.

Deputies said the victim told them that Lawson raised an ax toward her while shouting, “I’m going to kill everyone.” After she locked herself in a bedroom, Lawson struck the door several times with the hatchet, but was unable to get inside, deputies said.

When deputies arrived, they said Lawson was standing in the front yard holding the hatchet. Deputies said they also saw five slash marks, consistent with the size and shape of the hatchet, in the door as well as one in the metal knob.

According to the PCSO, a witness saw Lawson holding the hatchet outside while saying he was going to kill everyone in the neighborhood.

Lawson told deputies he was attacked by a man, but did not threaten anyone with an ax, according to PCSO.

Deputies said Lawson appeared to be under the influence of drugs or alcohol and rambled random and incoherent statements throughout the interview. They said he admitted to having an ax but, he denied slashing the door or threatening everyone.

Lawson was arrested for aggravated assault and taken to the Land O’Lakes Detention Center.