LAND O' LAKES, Fla. - Pasco County deputies had some tense moments along the Suncoast Parkway just after midnight on December 29, after they responded to a fiery car crash.

"As they do, they just got there as quickly as possible, and when they do, they found a car that was on fire and there were some bystanders there," said Pasco County Sheriff’s Office spokesperson Amanda Hunter.

Florida Highway Patrol’s crash report shows a 30-year-old woman was driving the wrong way on State Road 589 when her vehicle collided head-on with another car. 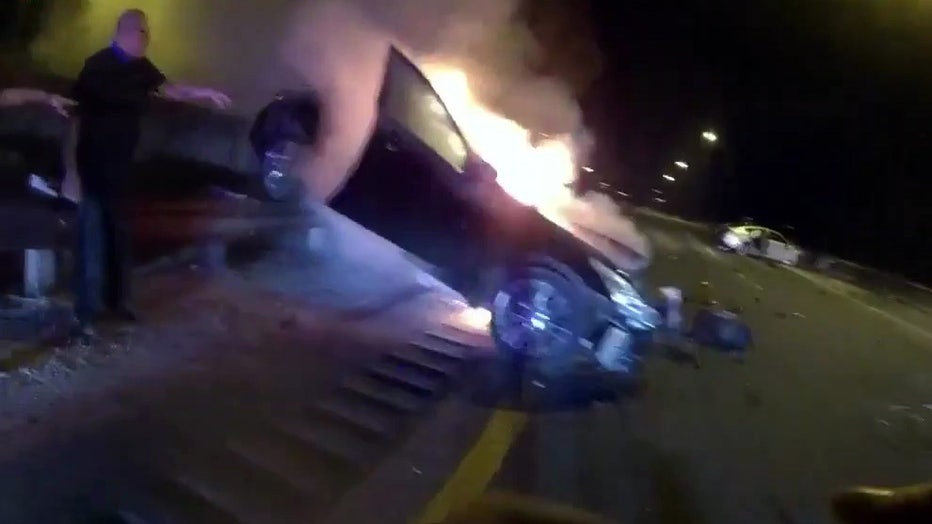 The burning car was partially over a guard rail on top of the State Road 52 overpass.

Deputies using every extinguisher they had to try and put out the flames.

"They actually went through three fire extinguishers trying to put out the fire, which was in the front part of the car and then spread to the passenger side," Hunter said. "So it was very much in the car. They tried to get her out of the back seat; that wasn’t working, so they ended up breaking down the very damaged driver’s-side door and pulling her to safety through there." 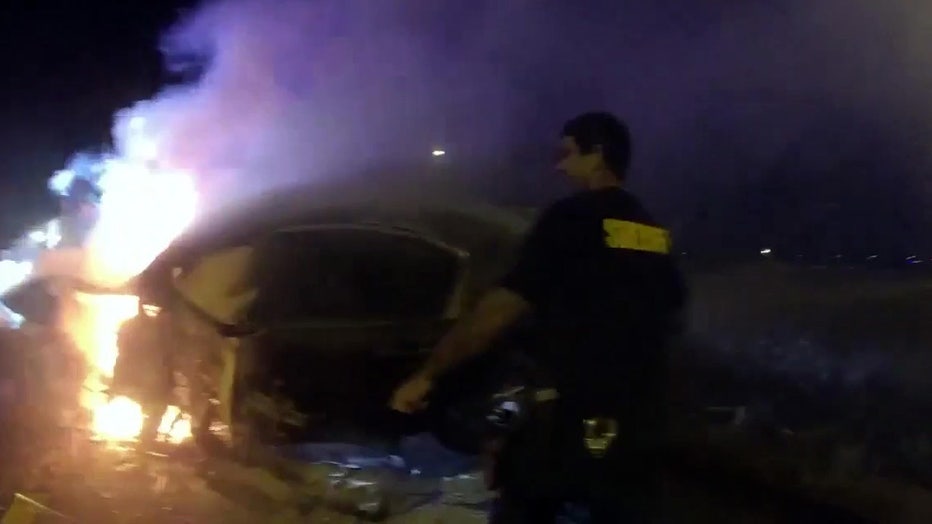 FHP says the driver was suspected of being under the influence of alcohol. She was taken to Bayonet Point Hospital and her condition is stable.

The Pasco Sheriff’s Office says this is just another day in the life of a deputy. And its moments like this where their intense training kicks into action to save lives.

"They go from mental health calls to domestic violence to a car crash on the Suncoast where they’re fighting a fire. It’s just something our deputies see every day," Hunter added.