NEW PORT RICHEY, Fla. - A statewide AMBER Alert has been issued for a Pasco County girl who was originally reported as a runaway. Now they believe she is in the company of a 20-year-old male.

Deputies in Pasco County are asking for the public's help to find 11-year-old Montana Breseman, who goes by Jordan. She has been missing since Monday around 11 a.m.

The Pasco County Sheriff's Office said she was last seen at River Ridge Middle School in New Port Richey. She was not reported missing until around 2 p.m., so she may have been gone from school for hours before it was known to authorities. 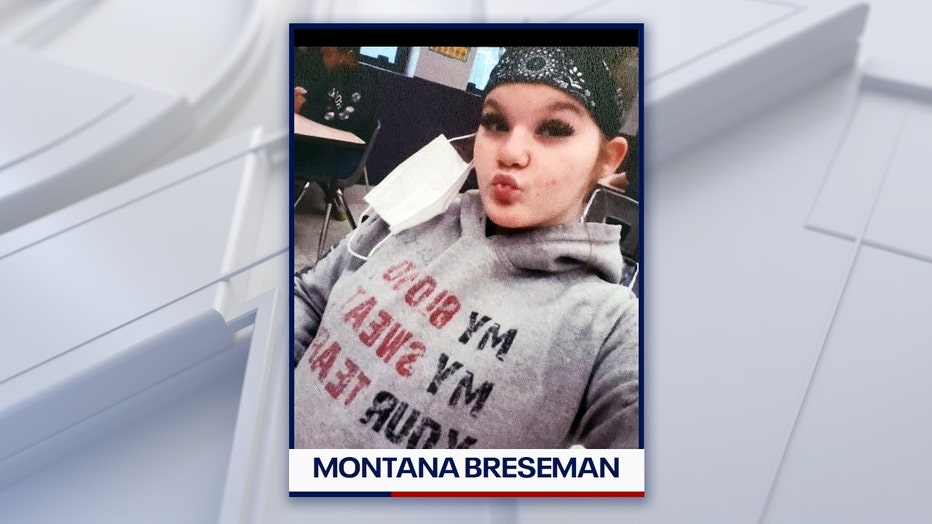 The Pasco County Sheriff Chris Nocco said the girl told friends she may have been leaving to go to Georgia with a white male, however, there have been no confirmed sightings of her.

The sheriff said the girl has a troubled home life and human trafficking may be involved in this case.

Montana 'Jordan' Breseman was last seen wearing a white hoodie that said "My Body My Sweat Your Tears," gray and black leggings, and had her hair pulled into a bun. Investigators said the 11-year-old is 5 feet, 5 inches tall and weighs about 150 pounds. She has burgundy hair and brown eyes.

The Florida Department of Law Enforcement says she may be wearing fake eyelashes or heavy mascara. 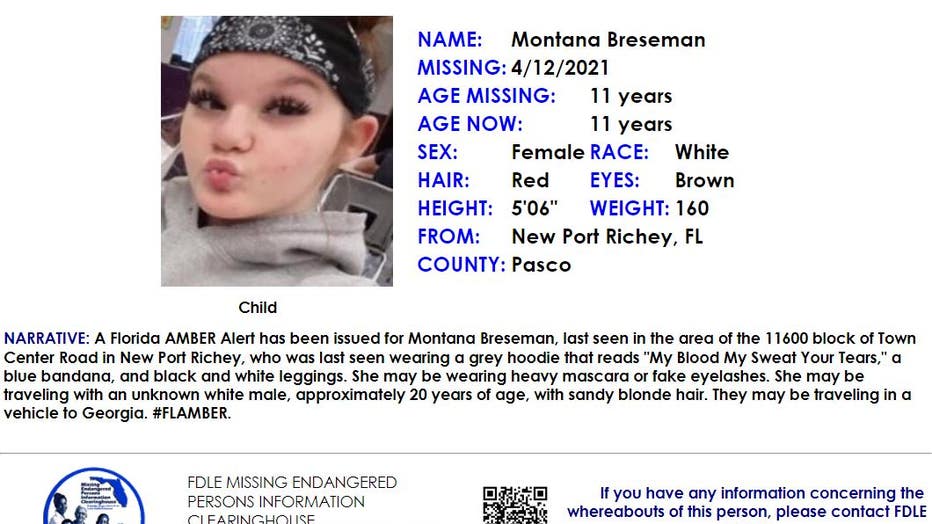 She is believed to be with an unknown white male, approximately 20 years old, with sandy blonde hair. They may be traveling to Georgia in an unknown vehicle.

Anyone with information on the girl's whereabouts is asked to call the sheriff's office at 727-847-8102, and dial option 7.