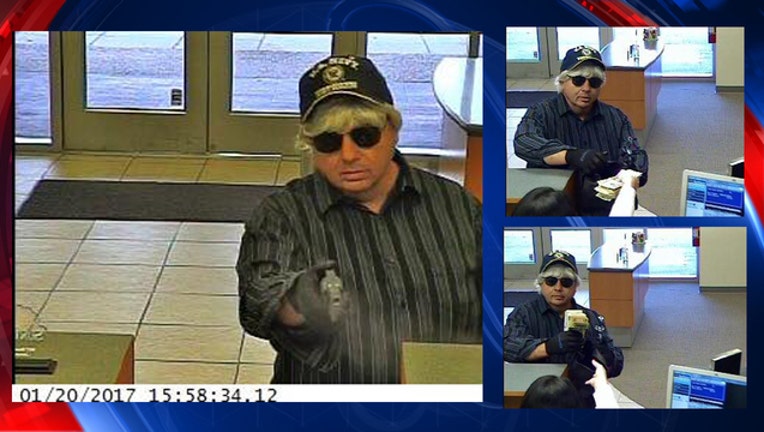 The incident occurred at the SunTrust location at 21744 State Road 54 in Land O' Lakes on January 20. Deputies say they received the call at 3:59 p.m.

According to PCSO, the older male suspect was armed with a handgun and demanded money from the clerk. The clerk handed over an undisclosed amount of money, then the man fled in a white vehicle heading eastbound on State Road 54.

The sheriff's office released several surveillance photos of the suspect. He is seen wearing black gloves, dark sunglasses, a hat, and what appears to be a blonde wig.