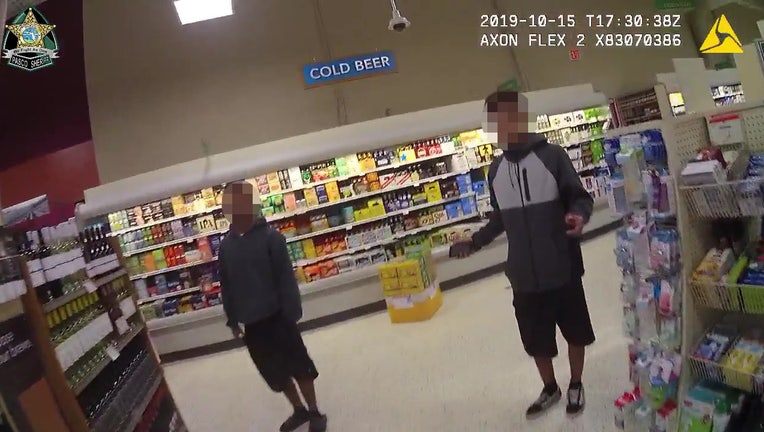 Image via PCSO bodycam footage. Faces of under-18 suspects blurred.

WESLEY CHAPEL, Fla. - Three teenagers were arrested after sharing Snapchat posts of themselves inside a Publix bathroom, holding guns and racking the slides.

Pasco County deputies said they were quickly tipped off about the videos Tuesday, and showed up at the Wesley Chapel Publix, located at 5400 Bruce B. Downs Boulevard.

When they arrived, they informed the on-duty manager of the Snapchat posts. The manager told them those teens – two 16-year-olds and one 15-year-old – were still inside the store, and could be found in the dairy section. The deputies quickly headed to that corner of the store, pulled out their own guns, and detained the three teenagers at gunpoint.

Deputies said two of the teens were in possession of firearms, and one had ammunition in his backpack. Deputies said one of the firearms were stolen, and is connected to a case in Saddlebrook.

One of the teens had a stolen credit card, and other items from an auto burglary in Wesley Chapel from earlier that day.

All three were arrested.