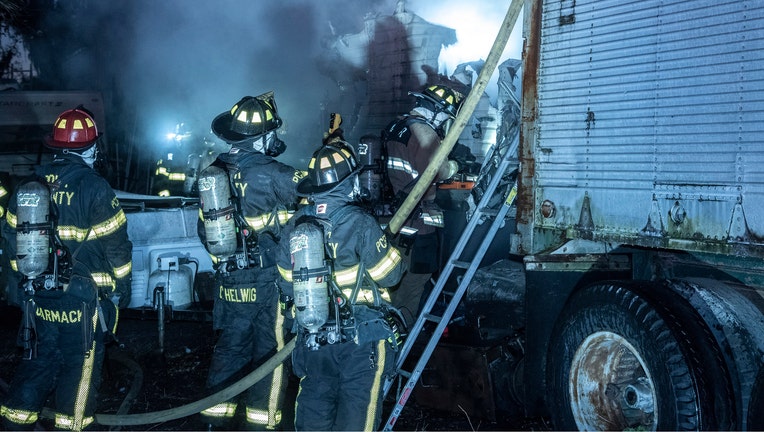 MULBERRY, Fla. - Two people and a dog were rescued from an RV fire Wednesday morning, according to Polk County Fire Rescue.

It happened around 6:14 a.m. on the westbound side of Highway 60 between Bailey Road and Coronet Road.

Firefighters say when they arrived on scene they found a recreational vehicle and two tractor-trailers on fire with an adjacent RV in immediate danger of becoming completely engulfed in flames.

According to PCFR, the two individuals and the dog were pulled from the structure as flames rolled over and around the front of the second RV.

The two people rescued were evaluated on scene and did not report any injuries. Red Cross services were offered to the two occupants. 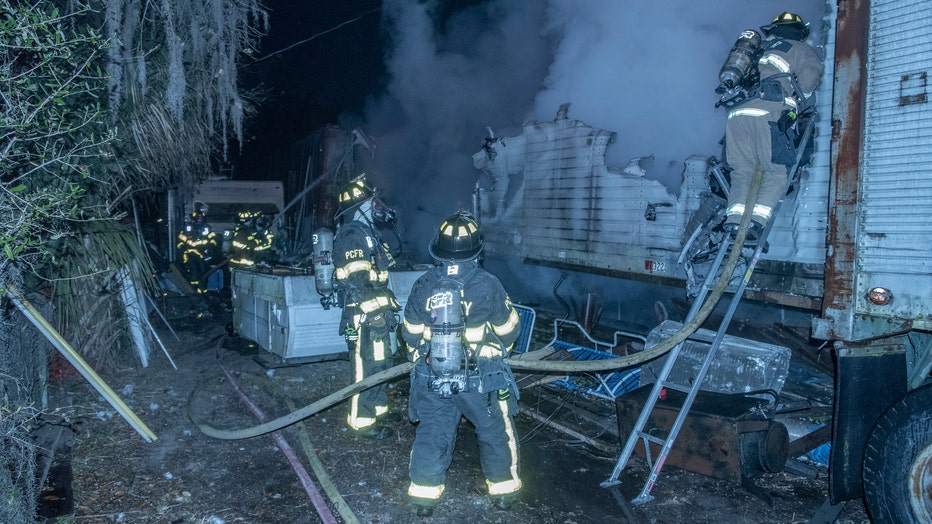 PCFR says the incident is believed to have been caused by an unattended fire, which was in close vicinity to the structures.

A portion of Highway 60 was closed Wednesday morning as firefighters worked to put out the flames.