Officer stable after being run over by suspect

According to Plant City Police Sgt. Al Van Duyne, two detectives were trying to stop a Phillips, who had several felonies warrants, including one for kidnapping, around 11 a.m.

Van Duyne said the detectives approached the suspect's vehicle from two different directions in two separate unmarked cars when the suspect rammed into them.

Suspect killed after running over detective

After striking the cars, the suspect turned toward one of the officers, who had gotten out of his vehicle, and began driving toward him, Van Duyne said. That’s when police said both officers fired at the suspect. The suspect struck one of the detectives with his truck and ran him over. The detective was taken to an area hospital with serious injuries. The suspects fled the scene in a silver pickup truck.

According to the Hillsborough County Sheriff's Office, who assisted in the case, deputies were called to a home on the 4000 block of Cooper Road in Plant City a few minutes after the detective was run over. Investigators said that a resident told them a man and a woman traveling in a silver pickup truck knocked on the door and pointed a gun at him when he answered. The resident said the couple demanded the keys to his blue Toyota Tacoma. 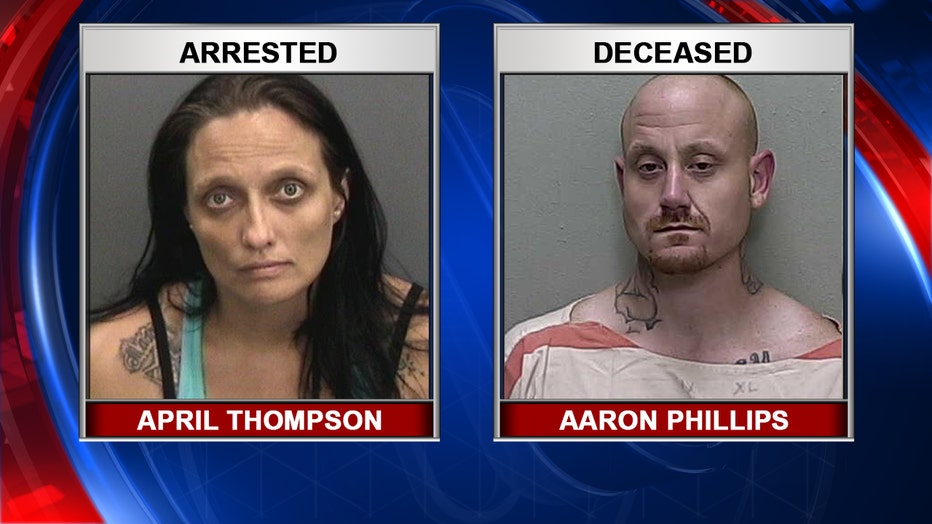 The man and woman are the same suspects who ran over the detective earlier in the day, according to HCSO.

According to the Polk County Sheriff's Office, Phillips and Thompson were spotted in the Mulberry area of Polk County Wednesday afternoon. 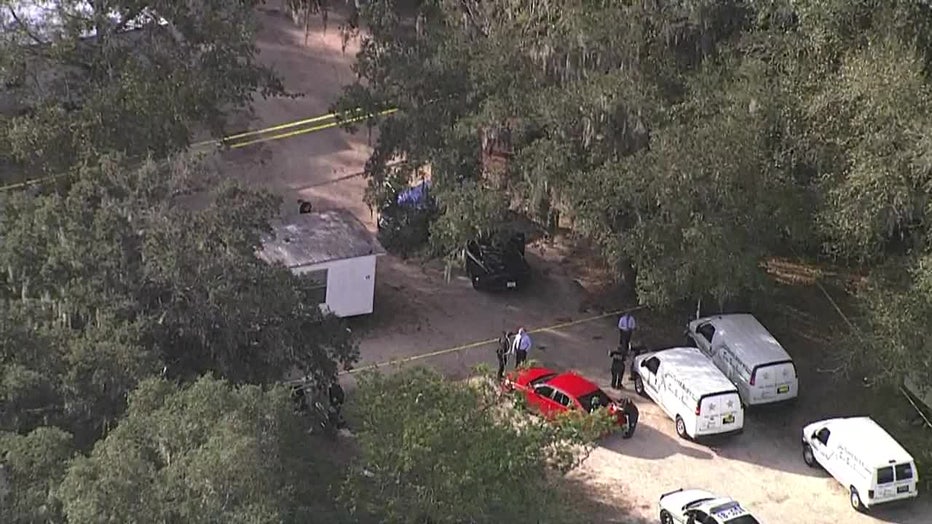 Polk County Sheriff Grady Judd said a deputy found Phillips and Thompson inside a black Volkswagon near a trailer park at Bailey Road and Baliey place. While he attempted to take Thompson into custody, Phillps jumped into the driver's seat and began backing up the car. The deputy let Thompson go and attempted to take Phillips into custody. As the two struggled, Judd said that Phillips reached toward the floorboard and someone yelled, "He's got a gun." That's when the deputy, in fear for his life, shot and killed Phillips, according to Judd.

Thompson was taken to the hospital with gunshot wounds to the stomach and leg. Judd said she is in good condition and will be held on several felony charges.

Judd said both of the suspects already had out-of-county warrants for their arrests before today's crime spree began.