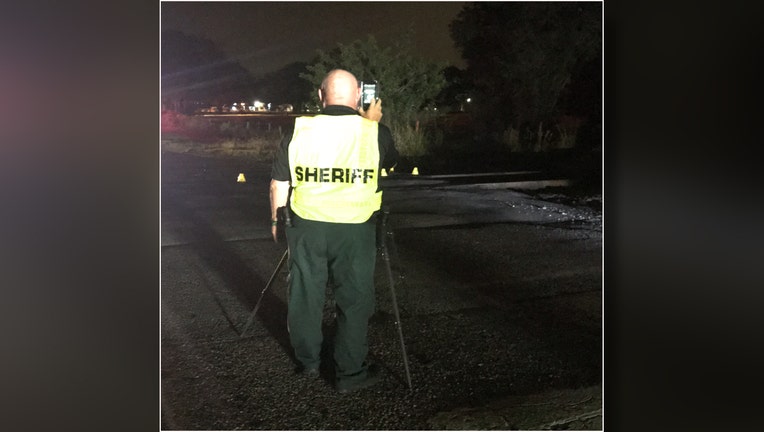 LAKELAND, Fla. - Sandra Locke, 44, was killed Saturday night after being struck by a train, according to the Polk County Sheriff’s Office.

It happened around 7:20 p.m. on Reynolds Road just north of Highway 542 in unincorporated Lakeland.

Investigators say Locke was driving southbound on Reynolds Road at the same time an Amtrak train pulling 10 passenger cars was traveling east on the railroad tracks.

According to PCSO, even though the railroad crossing arms were activated and in a down position, Locke drove her 2004 Toyota Corolla around the barriers and onto the train tracks. The train struck the passenger side of her car, spinning it several times and forcing it off the roadway to the north side of the railroad track.

The train began braking and stopped on the track approximately 1,802 feet east of the crash, according to PCSO.

Deputies say Locke was not wearing a seatbelt and died at the scene.

The 94 passengers and 11 crew members aboard the train were not injured.