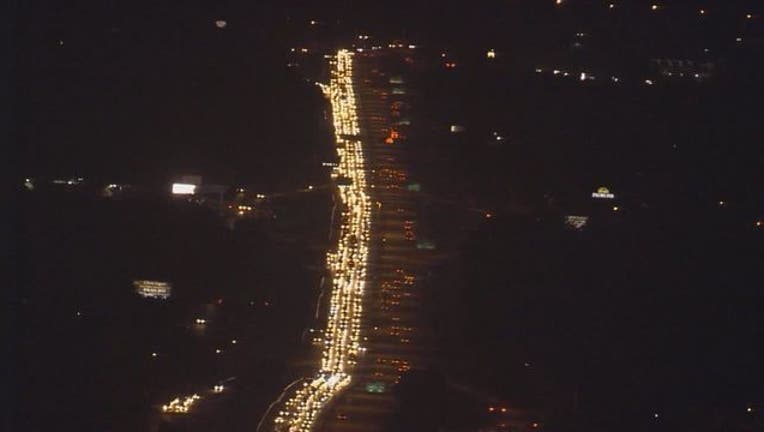 TAMPA (FOX 13) - Most lanes were shut down during rush hour after a pedestrian crash on Interstate 75.

Florida Highway Patrol responded to the crash after 3:30 a.m. on Tuesday which occurred in the southbound lanes of I-75 just south of Interstate 275.

Troopers report an adult female was walking in the center lane of southbound I-75 when she was hit by a tractor trailer. She has life-threatening injuries and was transported to Tampa General Hospital.

One lane remains open at this time. The center and inside southbound lanes are closed, north of the Bruce B. Downs Boulevard exit.

SkyFOX aerials showed traffic backed up for a couple of miles around 6:40 a.m. FHP reopened all lanes just before 9 a.m.