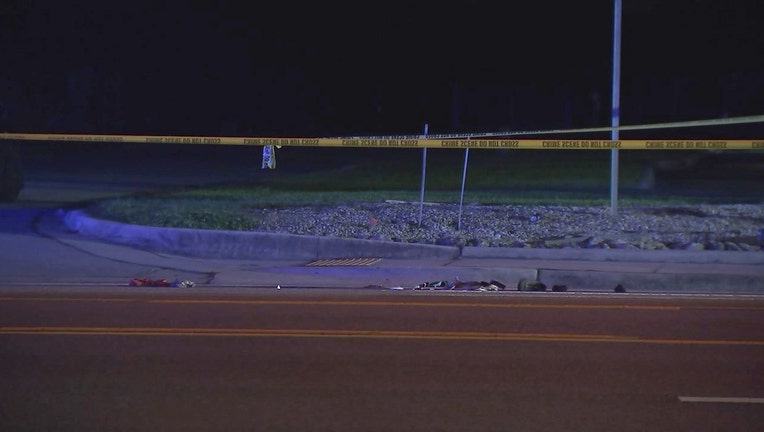 BRADENTON, Fla. - Florida Highway Patrol troopers said a Bradenton man was walking across U.S. Highway 41 when he was struck by a vehicle.

The collision occurred just before 10:30 p.m. Tuesday. Troopers said the 66-year-old man was walking east in the northbound outside lane of U.S. 41, south of 54th Avenue West. They said he was "improperly crossing the travel lanes…at an area where no crosswalks are designated."

Meanwhile, the driver of a Toyota sedan was heading north in the center lane of U.S. 41, approaching the intersection. The front passenger side struck the pedestrian, troopers said.

The driver stopped following the crash, according to FHP.

The pedestrian, who was not identified in an FHP crash report, was taken to Manatee Memorial Hospital where he later passed away.