CLEARWATER, Fla. - When you move to a new area, one way to explore is through the meals you eat. For FOX 13 viewer Nick Cassel, a brunch spot in Clearwater helped make Florida home.

Nick says he has been coming to Clear Sky Beachside Café for brunch since 2014, after moving here from Pennsylvania.

“In 2014 I was working up in Pittsburgh, Pennsylvania, was sick of the cold, got a new job that allowed me to travel so I could move anywhere in the country. So, I decided to take a little adventure to Florida. As soon as some of my friends started to move to Florida we would all meet up here. It was basically our Sunday brunch,” he explained.

Clear Sky Café has become such an important part of Nick’s life that he has been bringing his wife to this amazing spot ever since they first started dating. It’s also the spot where Steph has met Nick’s parents and they are still coming back every week, even with a baby on the way. 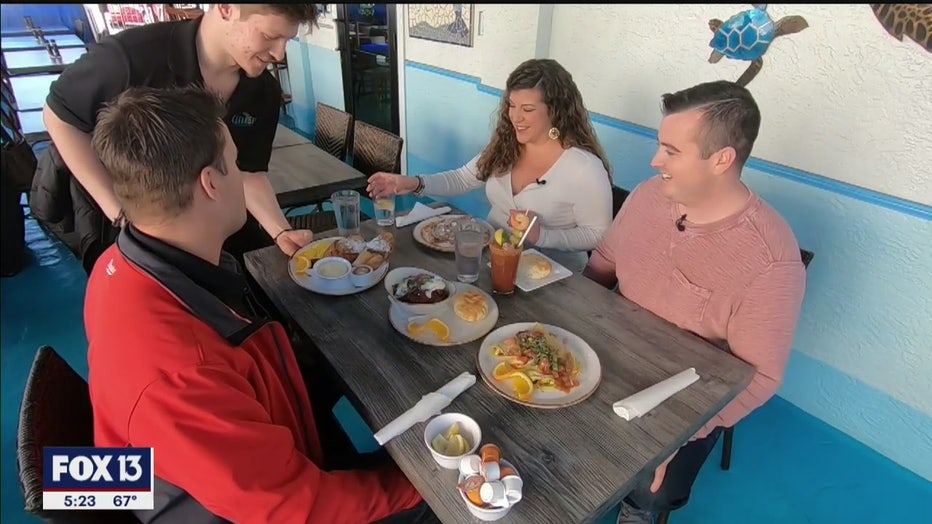 “The food is consistently good here, but the friends I met along the way just by coming here since 2014, that’s priceless,” he added.

Some of the delicious foods Nick and his wife Steph like to order are the corn beef and egg hash, cinnamon bun French toast and the Mexican crepes. 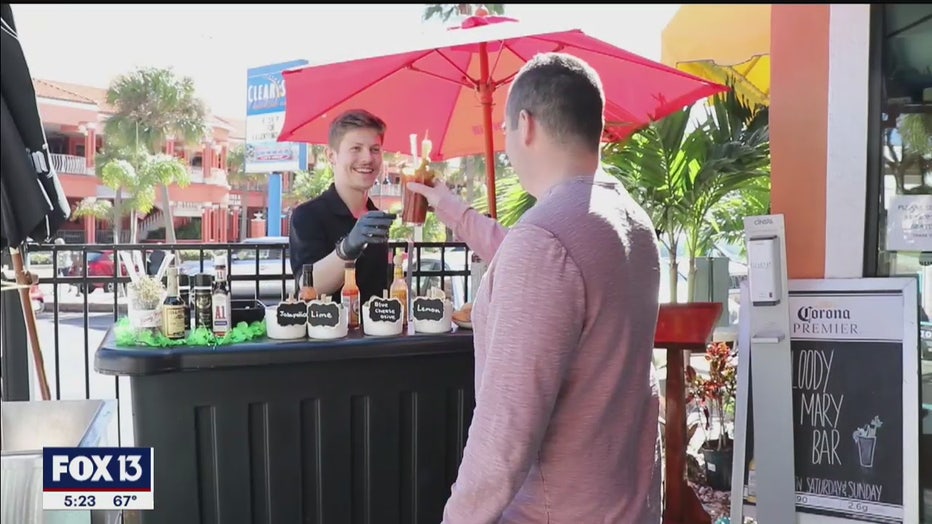 Not only does the café have amazing choices for brunch, but they also have a Bloody Mary bar every Saturday and Sunday, which allows you to make your Bloody Mary to your own liking.