TAMPA, Fla. - It is common to see things flying through the air at Tampa International Airport, but an exotic bird might not be what first comes to mind.

That's exactly what airport employees found Sunday morning during a routine patrol of the property. Workers are now trying to reunite the pet cockatiel with its owner. 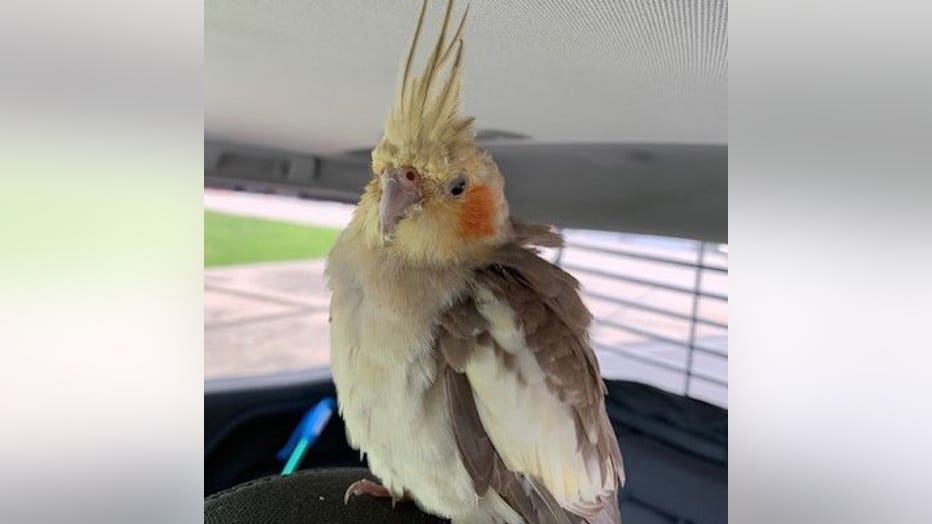 On the east side of the airfield, an operations specialist spotted a cockatiel sitting near one of the taxiways. It took about 15 minutes, but the worker was able to catch the exotic bird.

“The bird actually immediately fell asleep from being so tired and exhausted from being out on its own,” Valentine explained.

They named the bird Echo after the taxiway where he was discovered. He’s staying with another employee for the time being. He appears healthy and has no leg band.

“We have a lot of wildlife in and around the airport so we have birds flying in and out periodically, we have some tortoises that live on the airfield, but this is the first time I’ve heard of a missing cockatiel, for sure,” said Valentine.

Over the last four days, airport staff has been trying to track down where the bird belongs. They even posted about the cockatiel on social media.

“There’s a lot of people out there looking for their missing cockatiel’s in Florida,” Valentine said. “So we're getting all these requests, you know, trying to identify their bird and they’re asking us, 'Can it do any tricks? Can it whistle the Adams Family?'"

There are nearly 100 comments on the post, but so far, none are a match for Echo.

“Hoping we’re able to return it to its owner as soon as possible,” said Valentine.

If you think Echo could belong to you, the best way to chat with airport staff is through Twitter or Facebook. If the cockatiel’s owner cannot be located, people have already expressed interest in permanently adopting the bird.

A bloodhound rescued recently by a Polk County woman has quite the story. And his latest chapter starts with a phone call from a desperate man who couldn't believe his dog was still alive.