THONOTOSASSA, Fla. - When your indoor pet gets out of the house, it can be traumatic for your family and the animal.

We frequently hear about cats and dogs getting lost, but one family who was visiting the area for a funeral is now searching for their missing parrot after he accidentally escaped.

Owners Amber and Jeremy Lundt tell FOX 13 News he is an excellent talker and loves to play games. 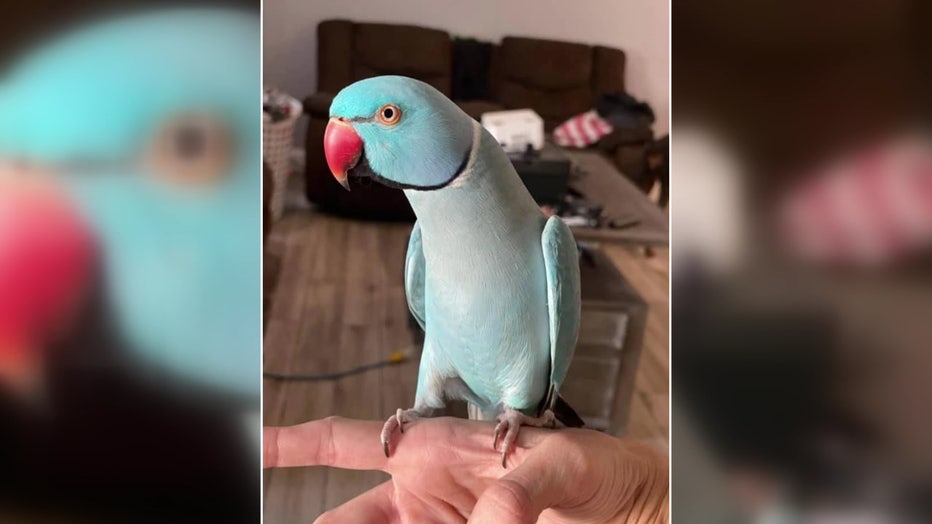 “He’s a part of our family, so he’s with us all the time, he’s usually on one of our shoulders or with one of the kids,” said Amber.

It is one of the reasons the Panama City couple didn’t think twice about bringing their beloved pet on the road with them last week.

“My grandma got really sick and unfortunately, we lost her on the first,” Amber explained. “So we drove down there for her funeral.”

A bloodhound rescued recently by a Polk County woman has quite the story. And his latest chapter starts with a phone call from a desperate man who couldn't believe his dog was still alive.

The family of four got to the area on Tuesday, September 8, and were setting up their RV at a campground in Hillsborough River State Park.

“My son was distracted… and opened up our bird’s [travel] cage before we got everything inside, and as soon as we opened the door to walk in, he flew out,” said Amber.

Echo, an Indian Ringneck parrot, hung around in the trees the next few days, but then vanished. He has been missing now for nearly two weeks.

Because of the weather, and the bird being fully flighted, Amber thinks Echo could be anywhere between Tampa and Orlando. 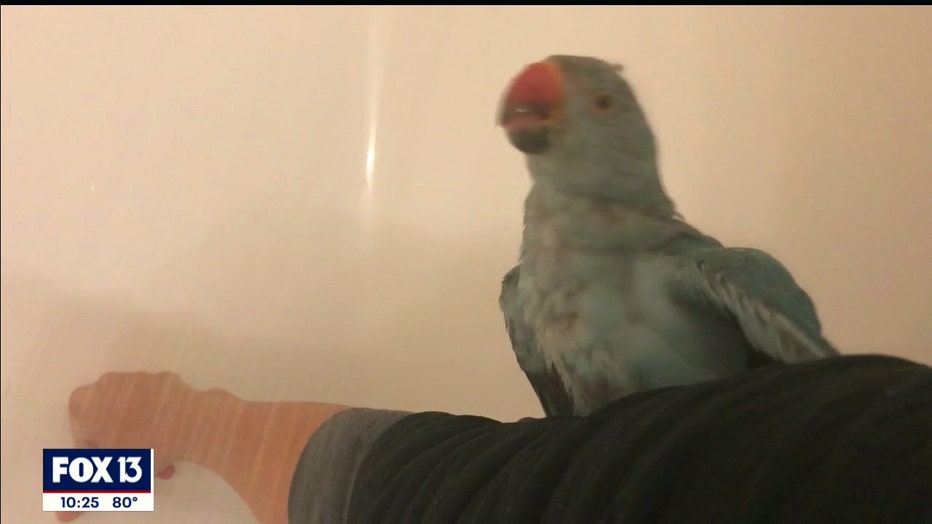 “We’re worried that he’s still out there and he hasn’t been found... that’s a really big, scary thing for us because he’s our baby,” Amber said. “And then we’re also really scared that maybe he found somebody and they just don’t know we're looking for him.”

Because of his love of food and friendly nature, the Lundts think it is more likely someone already found Echo. Regardless, they are trying to spread the word and hope posts on social media will bring their beloved bird home.

“We have literally emailed every vet and pet store we can think of from Tampa to Orlando. We have him in Facebook groups that are based all over Florida just in case he got far,” said Amber. “We just want to do everything we can to get him home and get him safe.”

The family will be back in the area this weekend to look for Echo. 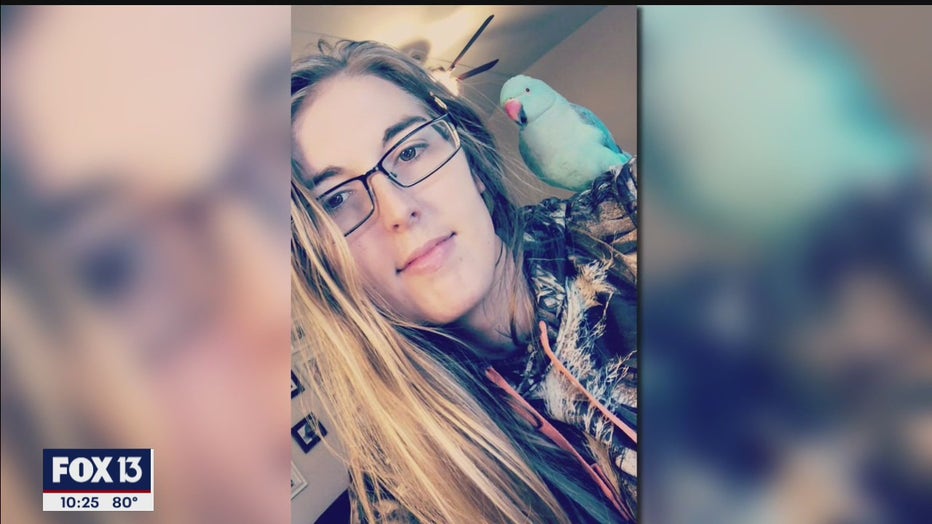 They want people to know that while the parrot is very friendly and food motivated, he does not like to be petted and could be silent due to stress.

Anyone who thinks they have spotted Echo, or manages to capture him, is asked to email Amber at AmberLundt@Yahoo.com.