New COVID-19 guidelines for NFL team for the upcoming season amid the pandemic.

Former NFL player Pat Tillman joined the United States Army in May of 2002 following the September 11 attacks, and for his heroic efforts serving the country, there is now a petition calling for the league to retire his No. 40 jersey.

As of Tuesday afternoon, nearly 5,000 people had signed the petition on Change.org, and as the United States approaches the 20th anniversary of Sept. 11, 2001, the organizer of the petition is determined to make it a reality.

"It is my hope that for the rest of time, anytime an unknown person enters an NFL stadium, they will see TILLMAN 40 hanging from the rafters and his story will have to be told and his name will continue to be spoken." the petition read.

Tillman was serving as an Army Ranger in Afghanistan when he was killed by friendly fire at the age of 27. 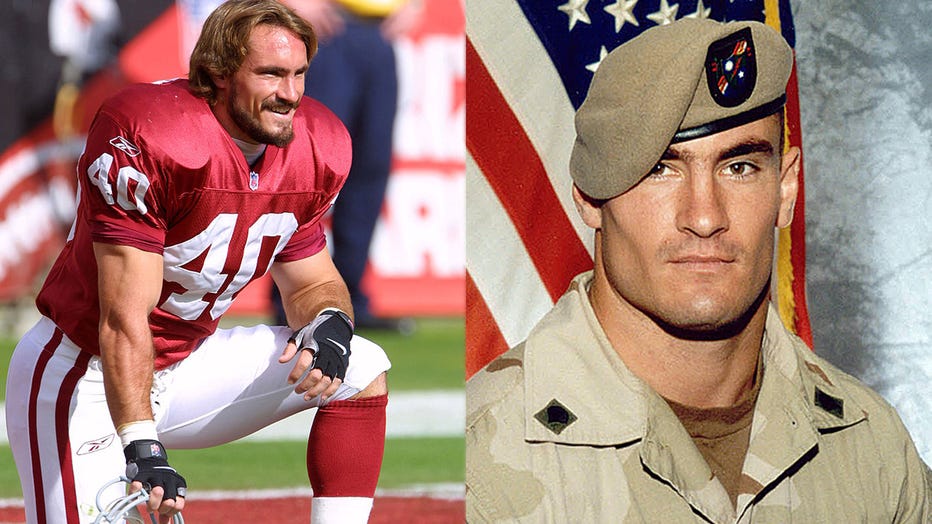 Arizona Cardinals defensive back Pat Tillman smiles during the pregame, alongside a picture of Tillman in 2003 as a U.S. Army Specialist. (Photo: Gene Lower/Getty Images & U.S. Army)

He was an All-American linebacker for Arizona State and was selected in the seventh round by the Arizona Cardinals in the 1998 NFL Draft.

Tillman was a starting safety for Arizona and broke the franchise records for tackles in 2000 with 224.

He would enlist in the U.S. Army in 2002 after turning down a contract from the Cardinals.

Tillman was inducted into the Arizona Sports Hall of Fame in 2018.

In the wake of his death, the Pat Tillman Foundation was created to honor his legacy. The foundation hosts an annual run to raise money that goes to support veterans and military spouses.