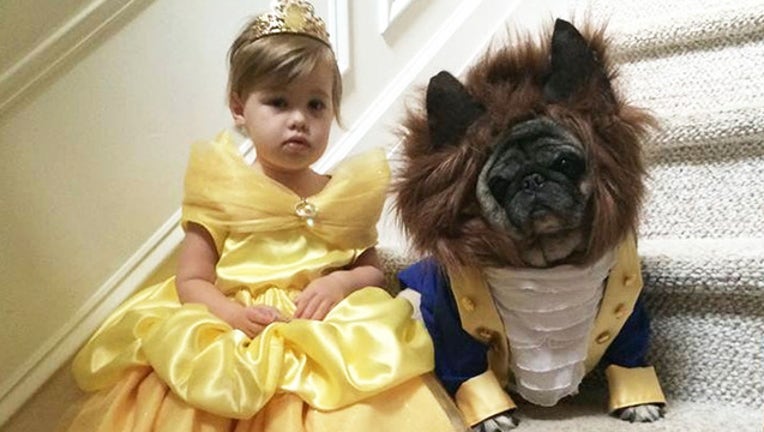 An adorable photo of a mini Bay area beauty and her beast is blowing up the internet!

It was posted on the Polk County Sheriff’s Office Facebook page this week after they called for locals to share pictures of their kids in costume.

Dozens of entries have flooded the page. Some kids are dressed as cops (or as Sheriff Grady Judd himself); others are dressed as pumpkins and one even donned a devilishly cute costume…but there was one princess who stood out among them all.

A photo showing a little girl dressed as Belle sitting alongside their family pug, perfectly dressed as her beast, has gone viral.

See the original post from the Polk County Sheriff’s Office below: