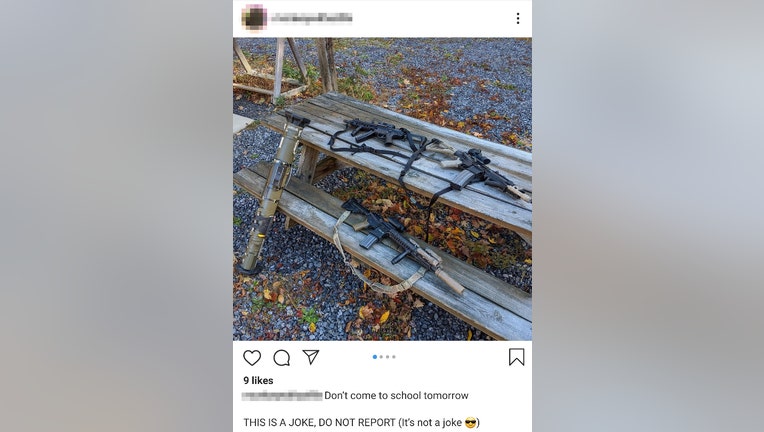 The boy told deputies he meant the post as a joke, saying he did it to gain followers and "get some laughs." He said he didn't think anyone would take the post seriously.

Deputies confirmed the teen did not own any weapons or have any access to them.

Investigators arrested the student and charged him with written threats to kill, do bodily injury, or conduct a mass shooting or an act of terrorism.