Pinellas County deputies received Ring surveillance video showing a stranger pick up and walk away with an Amazon package that didn't belong to him, they said. They said they need help identifying the porch pirate suspect.

LARGO, Fla. - An unidentified man was seen stealing a package from a Largo homeowner, deputies said.

Pinellas County investigators released Ring surveillance video showing the porch pirate suspect taking an Amazon package off the porch of the home. They said the incident occurred on September 30, around 1:51 p.m.

The suspect is described as a tall, skinny white male, with long curly hair. He was shirtless but was wearing gray shorts, sandals and what appears to be a rosary around his neck.

Anyone with information is asked to call Detective D. Schafer with the Pinellas County Sheriff’s Office by calling 727-582-6355 or emailing dschafer@pcsonet.com. 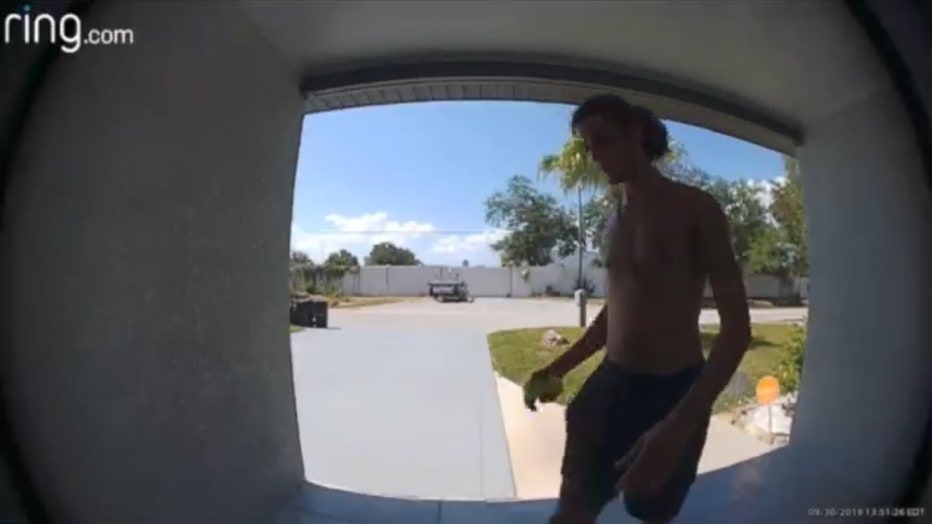