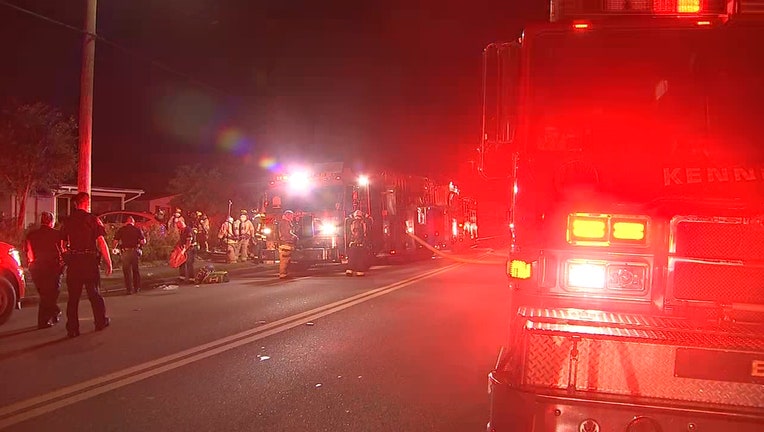 The scene of where a fire broke out at Pinellas Park home. (FOX 13 News)

Officials said the fire started around 4 a.m. in the 4300 block of 70th Avenue in Pinellas Park. A city police officer was assisting, found the man in the kitchen, and pulled him to safety.

The man was taken to the hospital for smoke inhalation.

Firefighters said the smoke and flames appeared to be centered in the kitchen. The cause of the fire remains under investigation.