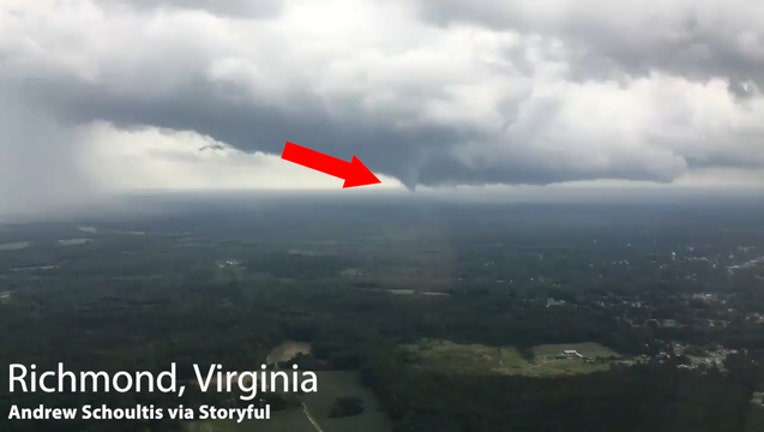 Footage captured on board a plane as it was coming in to land at Richmond International Airport shows a funnel cloud forming.

At least one man was reported to have been killed during the storms, when a tornado damaged the roof of a furniture store in Chesterfield County.

Survey teams were being sent out on September 18 to assess the damage from the storms, the National Weather Service said.