15 years in prison for mom who shook 7-week-old

TAMPA, Fla. - Brienna Craig was a new mom in the spring of 2019. Her baby was just 7 weeks old. But Craig admitted on April 10, she lost her temper and took it out on her baby boy.

Prosecutor Jessica O'Connor explained to the court that Craig wrote a letter detailing why she did it.

"The defendant admitted the victim would not stop crying that day. She snapped. Everything was an accident," recalled O'Connor.

The child suffered catastrophic injuries and died at the hospital. Medical experts concluded the baby had all the signs of being violently shaken.

Craig was arrested and charged with first-degree murder and aggravated child abuse. 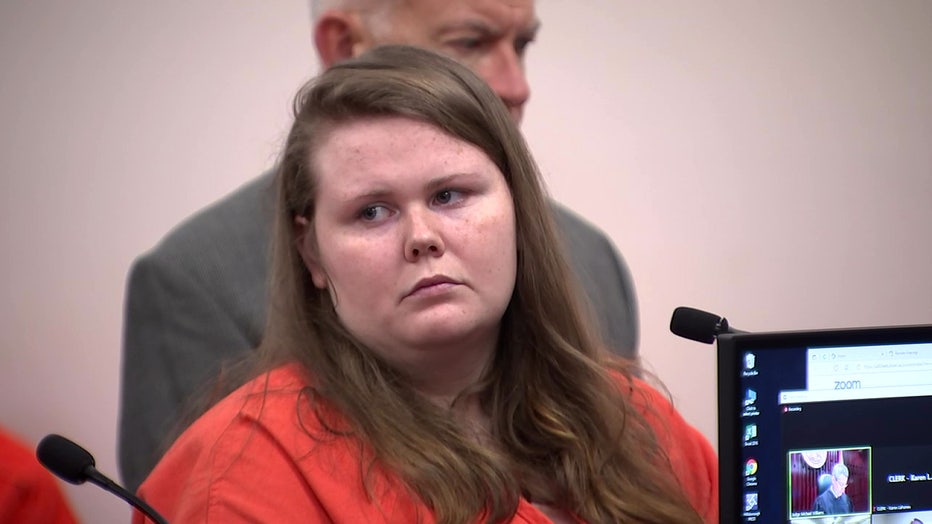 Now, two years later, the 27-year-old is taking a plea deal. She pleaded guilty to a reduced charge of aggravated manslaughter of a child and child abuse in exchange for 15 years in prison and 10 years of probation.

Tampa judge Michael Williams wanted to make sure other family members were on board before he went along with the agreement.

"Tough one to accept, but I'll accept the plea," said Williams.

As part of her agreement, Craig will not be allowed to have contact with minors, will have to take parenting classes, and will undergo a psychological evaluation once she is out on probation.

Craig never addressed the court about her actions that day, but Judge Williams did leave her with one final truth she will have years to think about.

"You're supposed to protect your children. That’s how it works," he added.