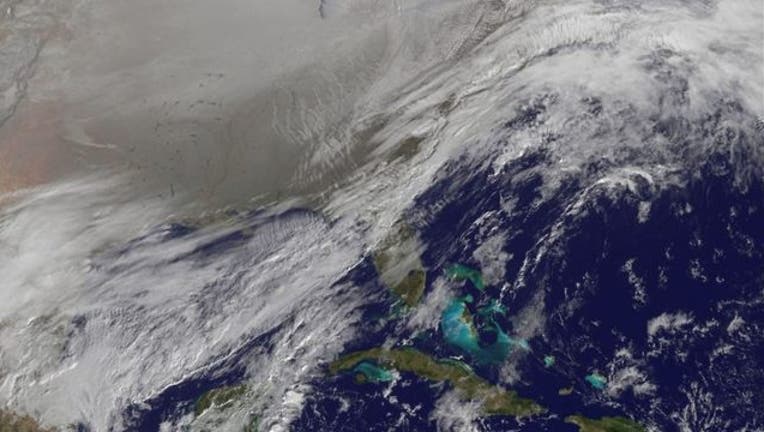 This Jan. 6, 2014 photo shows a satellite image of a polar vortex pushing southward over the U.S. (nasa.gov)

FOX NEWS - Climate researchers are sounding the alarm on a polar vortex that’s predicted to sweep through the U.S.’ east coast later this month and inflict one of the harshest winters in years, The Washington Post reported.

Judah Cohen, a researcher from Atmospheric and Environmental Research, told the outlet his climate models indicate a vortex is likely to hit in late December or early January. A polar vortex disruption occurs when the stratosphere – which is above the troposphere where weather occurs – suddenly warms, causing winds to decrease or change direction. The vortex will then be displaced and split apart, spilling cold air into the mid-latitudes.

“Confidence is growing in a significant PolarVortex disruption in the coming weeks. This could be the single most important determinant of the weather this winter across the Northern Hemisphere,” Cohen wrote on his blog and Twitter feed last week.

“We were still feeling the impacts into the end of April,” Cohen said.

Still, models are notoriously unreliable. American models and European models, for instance, yield different conclusions on when exactly a disruption will occur.

Amy Butler, a scientist at the National Oceanic and Atmospheric Administration, tweeted: “[N]ot all other models on board yet so still reason to be cautious.”

Scientists say the later a polar vortex occurs, the less severe its effects will be in the winter months.

“The longer it takes to happen, the bigger chance we have of a warmer winter,” Cohen said.