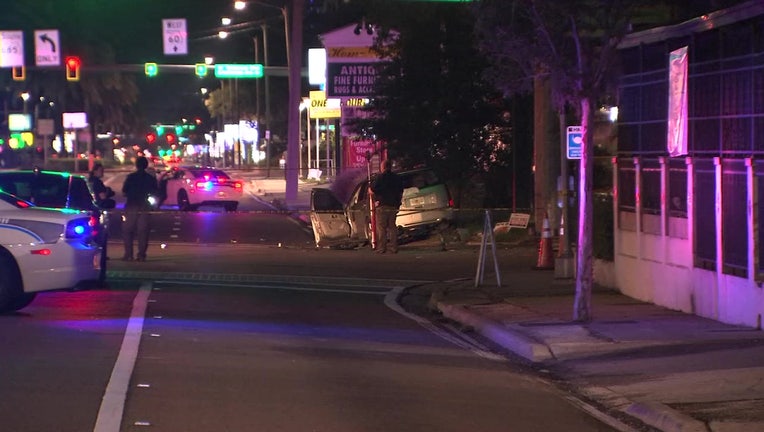 TAMPA, Fla. - A man in his late 50's is dead after police say he ran a red light at the intersection of N. MacDill Ave. and W. Kennedy Blvd. shortly after midnight on Friday.

According to police, the man was driving a Honda Civic northbound on N. MacDill Ave. approaching W. Kennedy Blvd. when he ran the red light at the intersection.

A Cadillac driven by a man in his mid-30’s, who was traveling westbound on W. Kennedy Blvd. under a green light, struck the passenger side of the Honda Civic.

The impact sent both vehicles to the northwest corner of Kennedy Blvd.