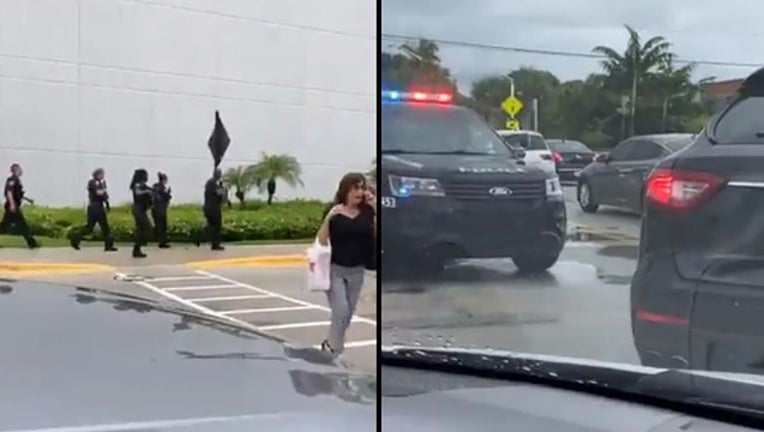 BOCA RATON, Fla. - The police chief in Boca Raton, where a mall was placed on an hours-long lockdown after reports of shots fired, says authorities found no immediate evidence of any shooting and are now treating what happened as a "suspicious incident."

"The tips seem to center around a loud noise that occurred in the mall. We've reviewed some video at this point," Alexander said. "But we've received some video at this point that indicates a number of people turning around at one point in the food court. So something happened in the food court. We're not discerning at this time what specifically made the noise that caused ultimately the panic."

Alexander says one man his department had previously reported as having a possible gunshot wound had in fact a trauma injury he may have received trying to leave the mall.

"There is something that happened inside that mall today that caused people to get concerned--a lot of people at one time," he said.

Alexander spoke at a news briefing, saying most people had since left the upscale Boca Raton mall, though some were still inside Sunday evening while still awaiting evacuation by officers. SWAT officers are continuing to conduct a sweeping search of the mall, hours after the lockdown was imposed with a call for people to shelter in place.