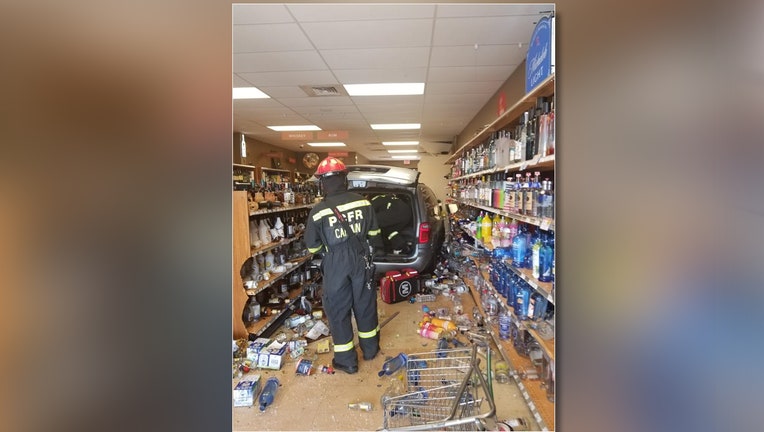 According to the Dade City Police Department a 79-year-old woman crashed through the window and wall of the Publix liquor store.

Two people were inside the store at the time. An employee was working in the main aisle when he was struck by the minivan, according to police. He suffered a laceration to his arm and upper body and was taken to Lakeland Regional Hospital. 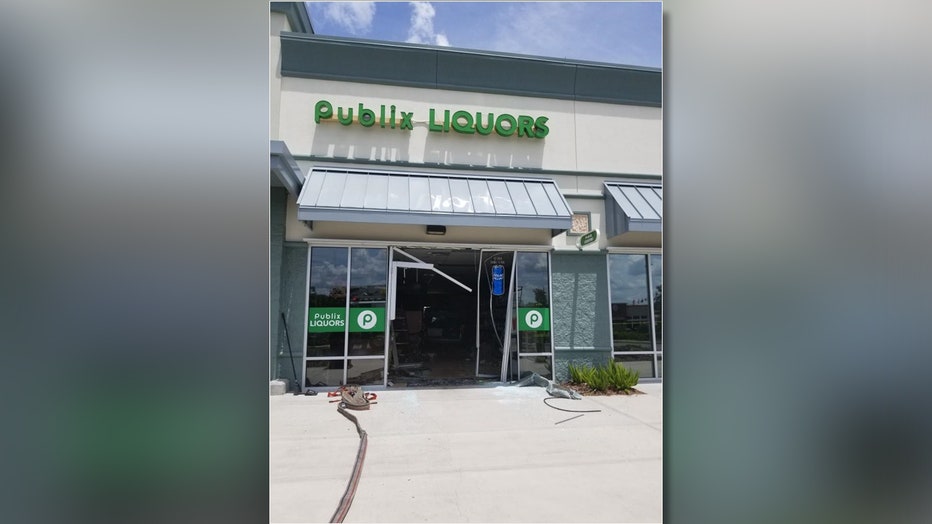 A customer inside the store was also injured possibly by glass and debris, police said. She was also taken to the hospital with non-life-threatening injuries.

According to police, the preliminary investigation determined that the driver of the vehicle left the parking area and, for unknown reasons, traveled eastbound from a stop sign for approximately 37 feet, jumped a curb and continued another 24 feet before striking the building. The vehicle came to rest 28 feet inside the store.

The driver of the vehicle was also taken to Lakeland Regional Hospital with undisclosed injuries.