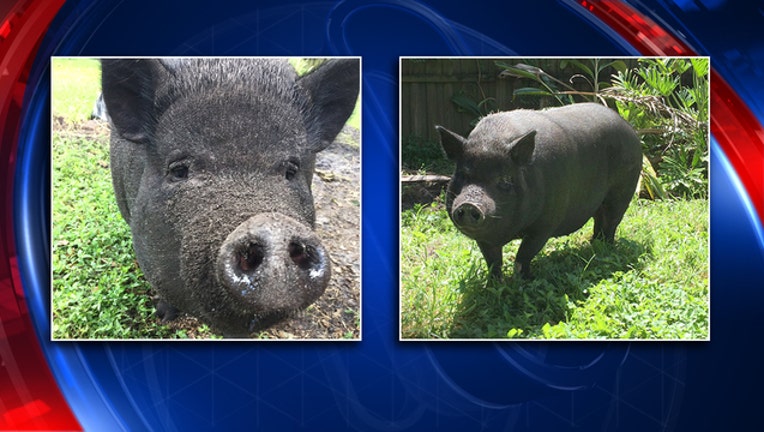 ST. PETERSBURG (FOX 13) - St. Petersburg police found the owner of a pig that was wandering along 20th St. North Thursday.

The pig was found running loose in the 4800 block of 20th Street North. A crew from the SPCA was trying to help corral the piggy, but said it was not interested in being captured.