TAMPA, Fla. - Stephanie Crone-Overholts has been identified as a homicide victim after anglers found human remains floating in McKay Bay last week, according to the Tampa Police Department.

On Nov. 11, a fisherman called police after spotting what appeared to be a human leg in the bay near the South 22nd Street causeway, south of downtown Tampa.

The leg had a tattoo of three hearts with the names Sean, Greg and Zach on each one. Police released an image of the tattoo in hopes of identifying the victim. 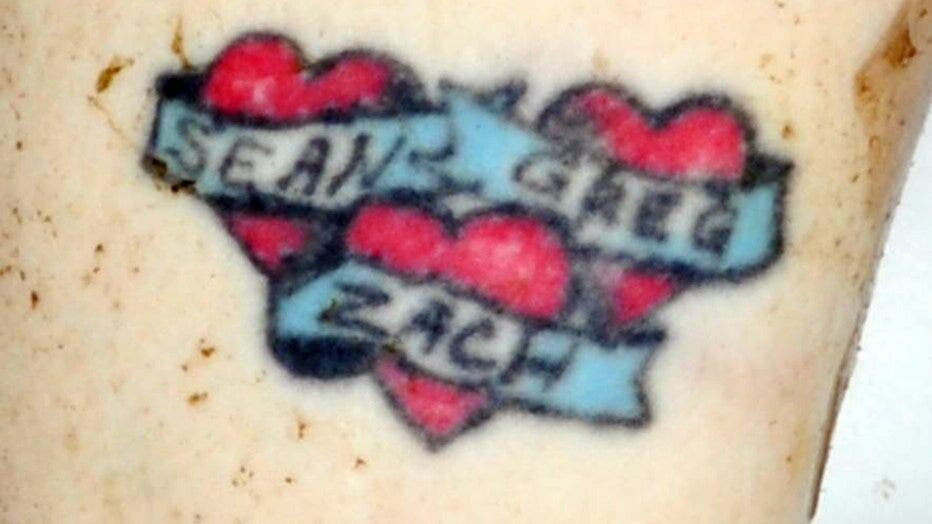 The next day, another body part was found by another angler in the same area.

On Monday, police said they were searching for a 2008 Hyundai Elantra with Pennsylvania license plate HDE 6564. A day later, police announced the car was located, but they did not say where it was, what condition it was in, or who found it.

Overholts eldest son Sean sent a statement to FOX 13 saying, "My family and I are devastated. This has been a living nightmare, It is unimaginable what she went through. My mother will be deeply missed. Thank you to friends, family and the police for their support throughout this time. We are anxious for justice to be served, and are extremely grateful to all law enforcement who are working hard to do that for our family and bring us closure."

Police are still investigating. Anyone with information is asked to call the Tampa Police Department.