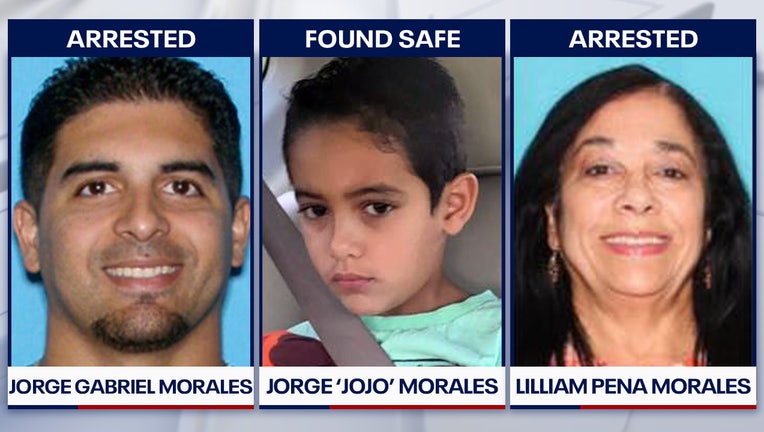 MIAMI - A statewide Amber Alert has been canceled for a 6-year-old Florida boy, who has been found safe in Canada more than two months after he was reported missing from the Miami area.

The Royal Canadian Mounted Police said the 6-year-old boy was located in Moncton, New Brunswick, about 200 miles east of the Maine border.

Morales had last been seen at his home in South Florida on Aug. 27. He was first the subject of a Florida Missing Child Alert before it was upgraded to an Amber Alert two days later. Officials said he had been picked up from his mother's home that morning by his father and paternal grandmother.

"This is another example how local, state, federal, and international law enforcement, along with the United States and State Attorney's Office coming together for the safety of a child and will continue to work together to fight the greater evil," said Miami-Dade Police Director Freddy Ramirez in a statement.

Back in September, US Marshals had offered $10,000 reward for information leading to the arrests of the boy's father and grandmother. WSVN reports they were wanted on felony charges of custodial interference.

The 6-year-old's mother told the news outlet that she and her son's father had been in a custody battle.