LARGO (FOX 13) - A robber was unaware officers were closing in on him while committing his crime, police said.

Largo police responded to a silent alarm at the Speedway gas station located at 1698 Roosevelt Boulevard around 1:22 a.m. on Tuesday. When units arrived they said they saw the suspect armed with a knife while inside the store.

According to police, the suspect, 31-year-old Geoffrey Davis, spent over an hour loading a cart full of merchandise. Unbeknownst to Davis, Largo police officers, K-9 units and tactical team members were waiting for him outside.

"There were more and more units coming in, men lying prone on the ground with rifles," recalled John Havel, who arrived shortly after his brother called him from inside the store while hiding out in a walk-in cooler. "We didn't know if it was a hostage situation. We could see figures inside, but we didn't know who they were."

After a tense hour, Davis tried to leave but was immediately confronted by officers. Largo PD says he darted for the front door. Police K-9 'Fritz' and officers were able to nab him before he went back into the store.

Havel, who watched the entire scene play out from across the street, said the hour-long ordeal felt much longer but he was relieved to see the response of officers at the scene.

"To see a police presence out here, so quick and so prompt was outstanding," said Havel.

No officers or employees were injured, police said. Davis, who had minor injuries, was arrested for armed robbery. 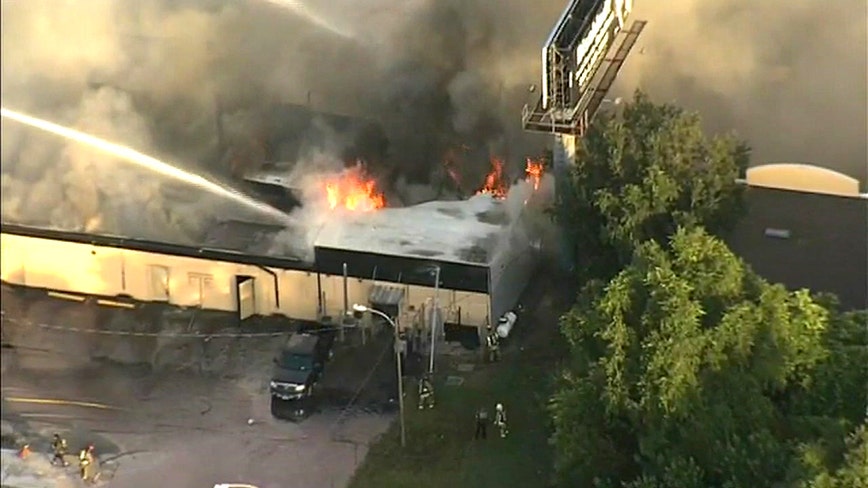