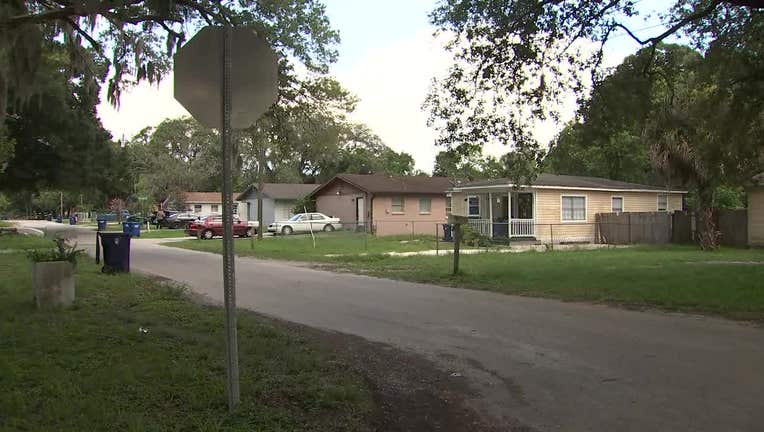 TAMPA, Fla. - Two juveniles were injured in a shooting on E 99th Avenue, according to the Tampa Police Department.

The first officers on the scene found two boys, a 14 and 17-year-old, suffering non-life-threatening gunshot wounds, TPD said. The victims were taken to the hospital and were listed as stable.

It happened near the corner of N 14th St. and E 99th Ave. in North Tampa. Witnesses told police they saw an older-model (possibly 90s), tan Buick sedan with temporary tag CSD 6712 was seen westbound on 99th Ave. immediately after the shooting.

Police say the Buick was involved in a hit and run at N 12th St and E Linebaugh Ave moments later.

There were no reported injuries in the hit and run.

Tampa police said the shooting "does not appear to be a random act."

Anyone with information about the shooting, hit and run, or the driver and vehicle is asked to call Crime Stoppers of Tampa Bay at 1-800-873-TIPS (8477)  or submit a tip online at www.crimestopperstb.com.

Approximate location of the shooting: